As a parent when you see that your child might be getting ready for toilet training, you get excited.  I never thought that I would be so happy with this milestone.

I obviously need to get out more, but the thought of no nappies for our little boy is so exciting!  All you parents will know exactly what I’m talking about.

I have been trying for a while to get Alexander interested in going to the potty or using the toilet, however, all of my efforts ended in him screaming, crying and not wanting to sit on the potty or the toilet.  If you heard the carry on you would swear I was killing him, or at the very least torturing him with horrible instruments of cruelty, but I just wanted him to sit on the potty. 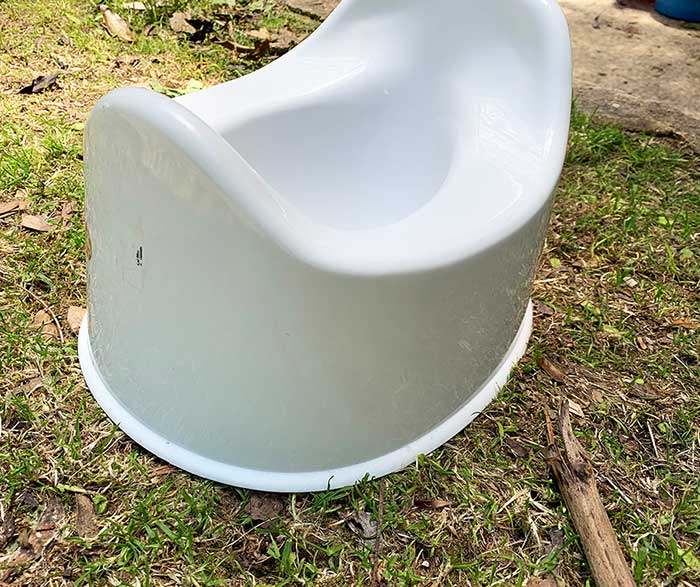 The potty in nature. He started to use it outside and I found it easier due to him wanting to strip off due to the hot summer days.

Late last year he seemed interested in my undies, he said, “Mummy you are wearing blue undies” I then asked if he had undies what colour would he like? Alexander then replied, “Red Mumma!”

I then raced out and purchased red and blue race car undies, superhero undies and Paw Patrol undies.

Alexander was taken with wearing the undies but not with taking them off to go to the toilet. Many pairs of underpants ended up back in the wash due to this issue.

I was so happy and ecstatic due to the fact he finally wanted to do it. Maybe he now knows that the potty will not hurt him or gobble him up.  I couldn’t contain my excitement and rang everyone to tell them the good news. (Very interesting that this is newsworthy of calling the whole family, but I’m sure you’ve done the same)

So what does a very excited and happy mummy do? I called everyone to let them know. I know, who does this? I was so pleased and happy about this exciting milestone.

Not only was Alexander starting at the same preschool the twins went to, but he was also on track to be nappy free for a February 2019 start. I was getting concerned due to the fact he wasn’t interested.

He seemed to be fine with doing a wee in the potty, but if it was a poo this ends up in the garden or somewhere else you don’t want poo to be. 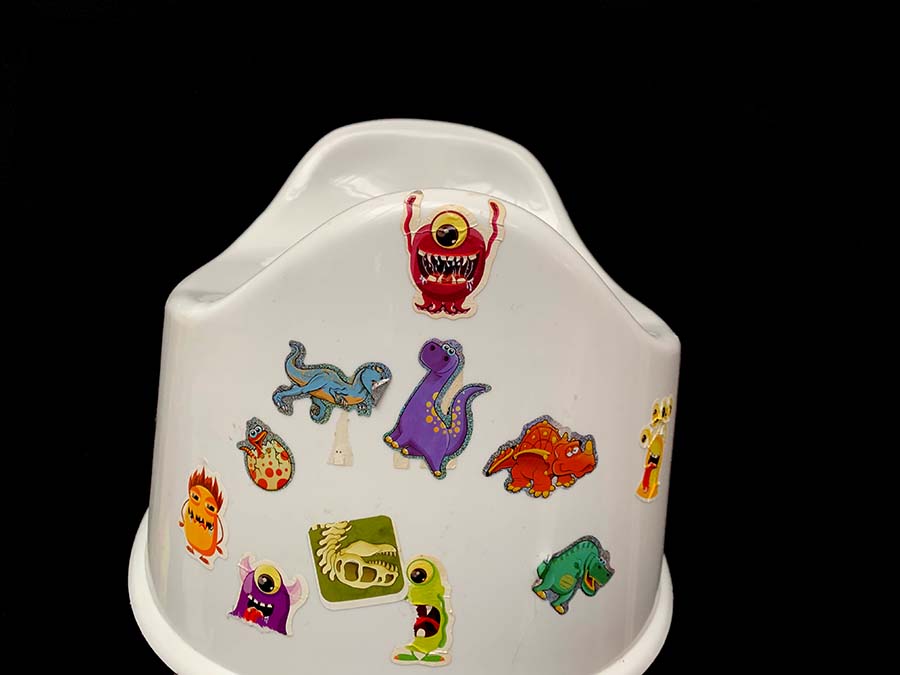 I’ve been encouraging Alexander with Stickers on his potty, his chair and for him to keep. He loves his monster and dinosaur stickers.

My little boy is a nature lover and loves to be naked and running around using his feet (no shoes) and not being weighed down by clothes, undies or even a nappy.

Although he is doing very well and letting us know when he needs the potty sometimes he gets distracted and has an accident.

What I’ve been doing to help

I did think it was interesting that he just got up and used the potty on his own. I thought he was not going to be ready for preschool. However, I had the same thought with the twins. The girls did get it a little earlier than Alexander but all of them were ready for preschool so that is the main thing.

One thought I had when the twins were little was that they would be 18 and still not potty trained. Do you do this too, create alternate scenarios that will never happen?

I tried and tried to get them interested and nothing worked. The thing that helped the twins was positive peer pressure. They saw one of their mates use the potty while at a play date and were so taken with the idea that they did it when we came home, the twins were 2 and a half at this point.

So as you can see my thought about the twins being 18 and not toilet trained was not to be, and thank goodness for that.   In the thick of it all, you do wonder if it will ever happen.

Basically kids potty train in their own time, and the more you try, the more you can stress the kid and it leads to not wanting to go.

Relaxing and not pressuring your child to use the toilet/potty.  It will happen eventually and I know you might not be happy about the timing or not doing it when you thought it should happen, but it will happen.

Don’t worry your house will soon be nappy free like mine will too.

Men I See Through Your Strategic Incompetence