I am a massive Penn & Teller fan and have been watching them on TV for ages. Not only am I a huge fan, our twin girls and hubby are also raving fans as well. Yep, we think they are awesome. 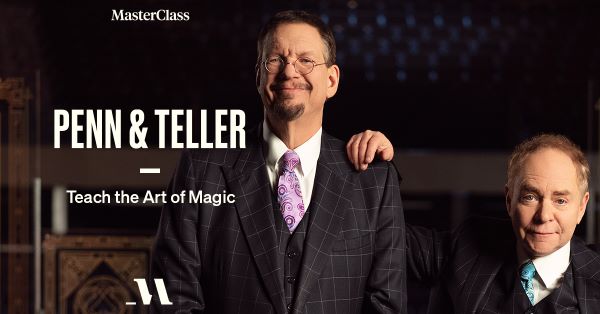 It was hubby’s and my plan, with our two good mates to fly to Las Vegas and see Penn & Teller, however that never happened. So I am thankful that they are finally touring Australia as this might be my only chance to see them without flying to Vegas.

It was late 2019 and I managed to secure front row tickets for hubby and I and the twins to see Penn & Teller at the Opera House. You might have guessed I was a happy woman and sooooo excited about the upcoming event.

I didn’t give the kids heaps of presents for the 2019 Christmas as I was foucsing on experiences over things. I got them tickets to see Shrek the Musical and of course, the Penn & Teller tickets, which they had no idea about but the show would have been in January 2020.

However, due to COVID, the show was cancelled and my money was refunded. I was not happy but understood. I wasn’t sure if Penn & Teller would come back so decided to not say anything to the kids.
If I did mention that I got tickets and we couldn’t go, or if Penn & Teller decided to not tour in Australia? What if it never happened? Maybe the show will get rescheduled but when would this be? Still best to not tell the kids, I thought this the better tactic as I didn’t want to be asked, didn’t want the disappointment and thought it best to see what might happen.

I eventually got an email from the Opera House saying that the show had been rescheduled for April 2020 and due to other shows that were already playing Penn & Teller was now going to be at the Capitol Theatre. Okay I thought, I need to get tickets to that show. I managed to secure four tickets in the 3rd or 5th row and all was good, that is until the show got canceled again. I believe it was due to a few things this time, COVID and Teller had a back operation and needed to rest.

So for the second time, I got my money refunded and was told that they would let us know when the show would be rescheduled. At this stage, I thought they might not come at all.

Flash forward to 2022 and I got an email from the Opera House saying that since I was on the list of people that bought tickets before, and the shows were cancelled that they had great news that Penn & Teller were coming to Australia and tickets would be on sale from 9am that day.

I had a strategy day at work but needed to get 4 tickets urgently and make sure to get decent seats. For some strange reason, the bank had changed a code for online banking and my credit card was refusing transactions. I had to get the hubby to do the purchase and seating choice. I did have great seats but since the transactions were not allowing me to continue I lost the seats due to the time allotted to do the purchase…..I was not happy and needed to get tickets.

Hubby finally let me know that he secured tickets and all was good in the world. Finally, after 3 attempts to see Penn & Teller we had tickets again. Phew. I just hoped that this show didn’t get cancelled too. 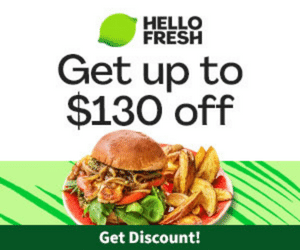 Finally the show at last!

June came and the date of the show was here (Insert very excited happy dance from me). The twins had no idea what we were doing, just that we were all going to the city to see something, what they had no idea! As said I didn’t want to say that we might see these great magicians for the worry that it might never happen, I didn’t want to promise something that might never become a reality.

We arrived at the Opera House and parked our car. I didn’t even think about VIVID when I booked the tickets and as you can imagine it was packed with people and very busy. Once there, we all walked around and found somewhere to have an early dinner.

After dinner, we enjoyed ice cream and looked at the view and the large cruise ship going under the Harbour Bridge at sunset. It was a great sight and one that looked like if the ship was any taller it might not have fitted under the bridge.

Even though we had time to spare we decided due to how cold it was getting to wait inside the Opera House, when we entered a man who was dressed in a suit who worked at the Opera House said, “Are you here to see Penn & Teller?”

This is when the girls said, “WHAT! REALLY? DID HE SAY PENN & TELLER?” I said maybe…..as you can see they were very happy and surprised.

We waited until the upstairs area with the bar and more seating was open and then got drinks and waited some more. The girls got t-shirts from Penn & Tellers merch and we collected 4 cards as instructed for a trick we had no idea about – The Love Ritual… strange, but it is Penn & Teller.

It was finally time to enter the theatre and we were in the Joan Sutherland Theatre at the Opera House. I don’t know why but I thought we might be in the larger theatre in my head. We were seated and waited for the show to start.

I got talking to the nice lady and her husband next to me and she had the same experience with tickets, it was her third time too to see Penn & Teller and like us was very happy and excited to finally be there to see them in real life (Yes I am sounding like bluey)

The lights went down and then finally a loud voice announced Penn & Teller. Everyone erupted with screams, clapping and whistles. I think we were all pleased to see them and for the show to start. Maybe there are more people like me and the couple I sat next to that this was their third go to see Penn & Teller.

Penn & Teller were in their standard dapper-looking suits and looking immaculately dressed (as always).

Penn started saying how they had been trying to come to Australia and we’re very glad they were finally here. Which of course got big claps and screams of appreciation from the audience. Penn then went on to tell us that their show Fool Us has been signed for a 10th season and they really only thought it would last a few years…now going strong at 10 years.

It was also mentioned that Helen Coghlan an Australian magician has fooled Penn & Teller 4 times! (see some of her tricks in the video below).

Penn was busy telling the audience about how we needed to pay attention and about how magicians use misdirection and then during this whole conversation there was a trick about a disappearing chicken and a gorilla with symbols. I will not spoil it for you, but it was amazing! You need to keep a close eye on everyone.

In the audience, there were many children and a few were lucky to be invited on stage to help with some of Penn & Teller’s tricks. A boy named Jack helped Teller with the polyester fabric trick. Teller had a long piece of fabric, tied it in a knot and then once cut, it was revealed as a whole piece of fabric, and the shocked expression on Jack’s face was priceless. Mind you Jack was only 8 and he thought Penn & Teller were amazing and was able to keep the polyester fabric as a souvenir.

There are a few tricks that I am not sure how they were done but being tricked and believing in the magic is magicial enough. The fun, humour and showmanship were first rate and we giggled and were amazed at everything they did. I like many other audience members were on the edge of my seat and looking carefully to hopefully figure out the secret to some tricks but I couldn’t.

While Teller was performing the rose in the vase shadow trick many in the audicence were yelling, “What?” “What the?” “How is this possible?”

I still don’t know and happy to be fooled as it was a joy to watch two of the best magicians perform live. I did tell hubby that I saved us money…he asked how? I said we didn’t need to fly to Vegas to see Penn & Teller. See winning right there!

If you are wanting to see Penn & Teller they are at the Opera House in Sydney until June 11th and will be having shows in Melbourne and Brisbane. I see from www.viagogo.com that there are still a few tickets but they are selling fast. 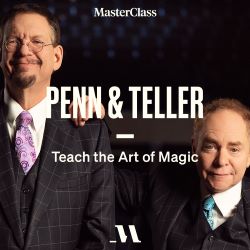