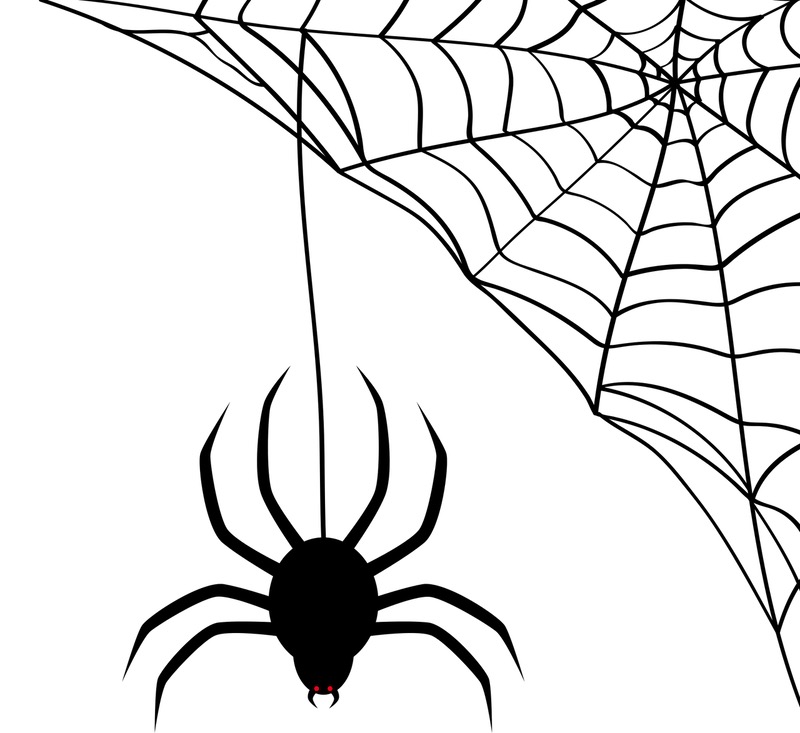 Tuesday the 14th of April was like any other in self-isolation.

Kids playing, kids fighting and causing chaos, hurting each other, and then crying…temper tantrums, then finally happy laughter, then disasters again and then happy playing.

Oh and not to mention the constant mess that is left everywhere and for some mysterious reason it is no one’s fault and not one person left the mess????

Due to the amount of crazy going on I was keen to get all kids to bed to allow me to finally have some quiet time, rest, and do some work that I have been wanting to finish.

At around 6 pm I was getting my little boy dinner in the living room. I then walked back to tackle the mess of toys

As I walked back to get started tidying I thought I stepped on glass. It was like a sharp pain stabbed my toe and foot. I was screaming in pain, it was horrible.

I sat down and looked at my foot. No blood. No glass.

Why was my foot swelling up?

Why was my foot burning, stabbing, and throbbing all at the same time???????

Fuck it hurt….it hurt like nothing else I had ever experienced. I could not stop screaming in agony… it was so painful!

I asked Alexander to get Daddy and sisters from the garden

to come and help. 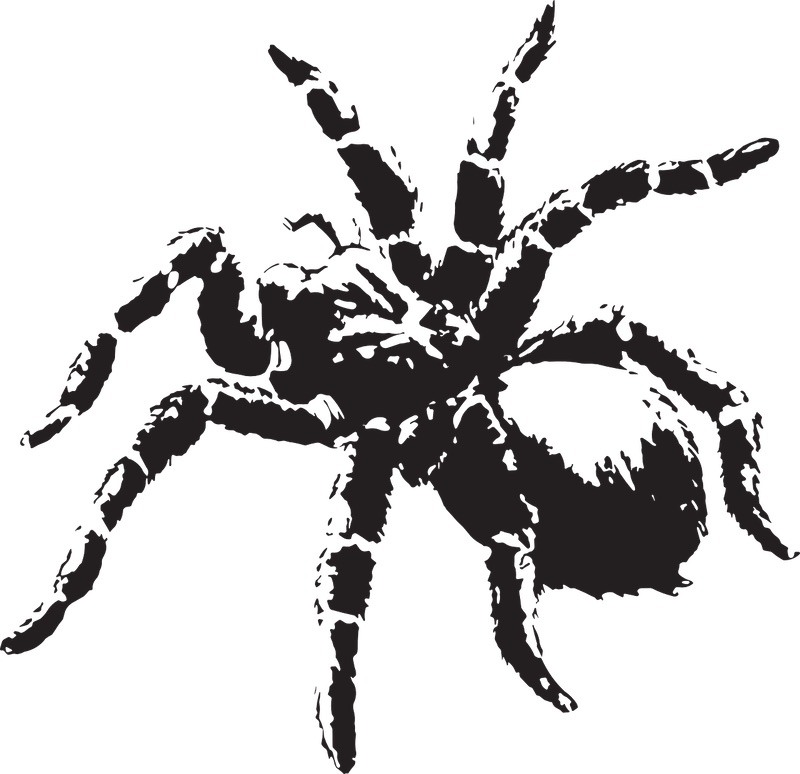 He went off and told Daddy mummy had hurt herself. He was such a good boy and came back with Daddy and sisters and was trying to help me feel better, as were the girls.

I explained to hubby through the pain about what had happened. My toe next to my pinky on the right foot was swelling up and on closer inspection looked like it had bite marks on it.

My whole foot was throbbing, burning, and throbbing all at once – and not just located at my toe.

He asked if I saw anything. I said no, no spider was seen. Also if I do see any spider inside the house it is going to die! 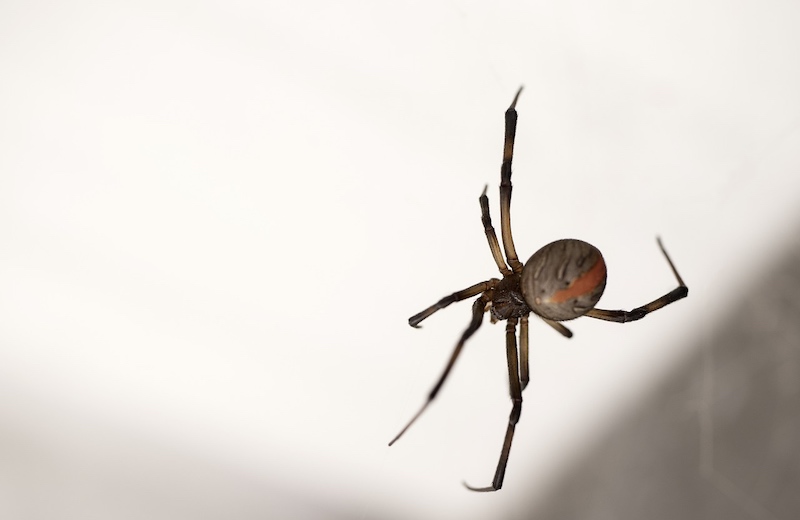 Hubby told the twins to get the crepe bandages so that he could strap my leg and foot up….geez I said we don’t need to do this…He told me that it could be dangerous and proceeded to strap sore leg and foot now.

Hubby asked the twins to look after their brother while he took me off to the emergency department of the local hospital.

I hobbled to the car and we drove off to the hospital. Hubby told me to wait in the car while he told nurses/doctors that I have been bitten by a spider and needed to have a wheelchair to help me as they were all worried about me walking around.

Due to COVID-19 I really didn’t want to go to the hospital. I did not want to be anywhere where there were people who could possibly have the virus and possibly infect me or hubby.

I did think the way the kids were racing around and hurting themselves that they would be in the hospital. However, while sitting in the emergency area of the hospital and dealing with a painful and swollen foot I thought how strange it was me rather than the kids that ended up at the hospital.

Give the kids time they are still trying to injure themselves, you never know we might be there soon. (I really hope not though)

We had to wait in emergency to see if the pain would go away and it didn’t, in fact, it didn’t for a long while and some heavy-duty painkillers.  The crepe bandage was still on my leg and foot, the nurses and doctor hadn’t taken it off as they wanted to see if I had any other symptoms.  Once they remove the bandage I could react badly and need antivenom.

Just between you and me, we were next to an older lady patient, the curtains were drawn and we were in our own personal space. She wasn’t very nice to the staff and at one point she was yelling at them and kicking them. She wanted to be left alone.   It was clear that staff were getting ready to give her the COVID-19 test, and this test means that you need to have a cotton ball type stick all the way up up to the top of your nose – it really doesn’t look like a comfortable test.

After a while (hours later) they came back to see if they could get a bandage off her and make her more comfortable and she did all the kicking and more horrible things like spitting on them. By this time it was known that she was positive for the virus and they wanted to have her moved from emergency so that they can better care for her.

Hubby and I arrived a bit after 6pm and we were still there at nearly 11pm, so we had been there a while.  Hubby asked me could I walk on my foot if I had to…I said it is still very sore and painful but could possibly hobble out of the hospital if I had to. He and I were not liking the fact we were next to a person who was spitting and positive for coronavirus and also it didn’t look like I was reacting badly to the spider bite.

I still don’t know what bit me but from the symptoms, the doctor and triage nurse suggested it was a redback spider.

We got the attention of the doctor and she said we can go after she gets me some painkillers and writes up our notes.

The hospital and staff were great and we are so grateful to have such a good health care system.

So at about 11.30 ish, we left the emergency part of the hospital and returned home. My foot has taken well over a week to feel better, it has been swollen, itchy and just not right. Today writing this it is still a little itchy near where I was bitten (the doctor said this is where the blisters were from being bitten with poison). I followed this up with a doctor at the local medical centre and they have prescribed some cream that makes the itch go away – think it has a small percentage of steroids in it, but I don’t care as it was driving me mad at how itchy it was. 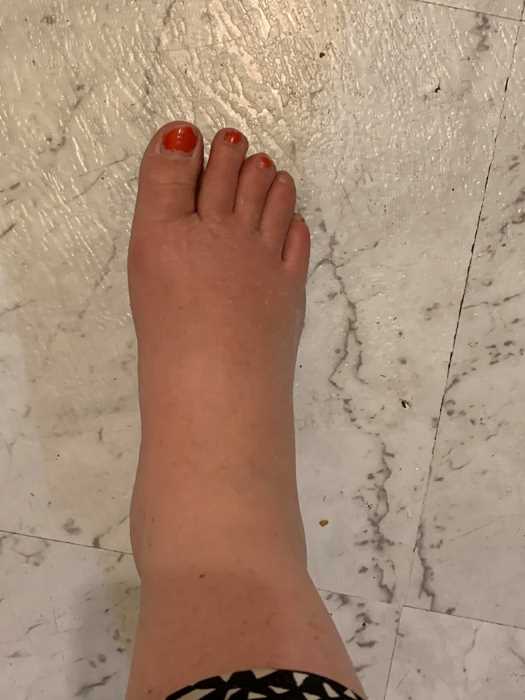 My swollen foot from being bitten by a spider. Forgive the neglected toenails as I have been exhausted with kids and life and now a sore foot!

Today my foot is not as swollen and not as red 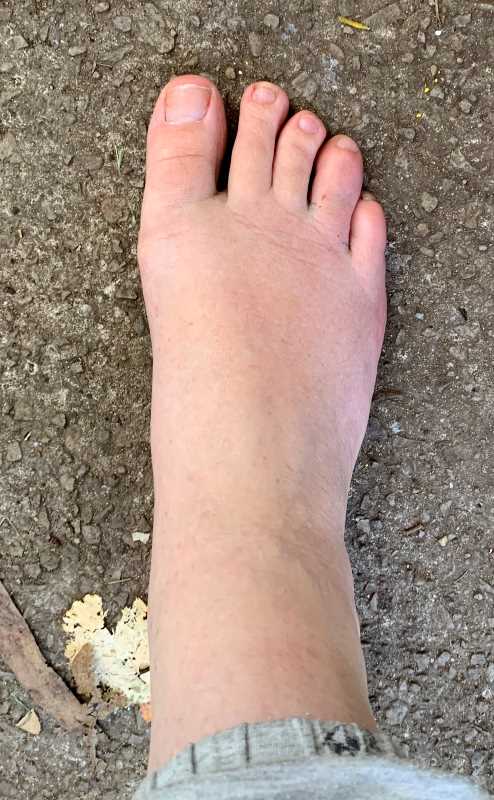 Now my foot is better and less swollen and again forgive me as I have only been able to remove nail polish and not make my feet look prettier.

Now that I’ve been bitten by a spider I’m wondering when my superpowers start to kick in? It worked for Spiderman right? Why not for me too!

Have you been bitten by a spider? Did you see what it was? Was it as painful as I had found?

Crazy Trump and His Stupid Cures for Coronavirus

This Mother's Day Give the Gift of Nappies