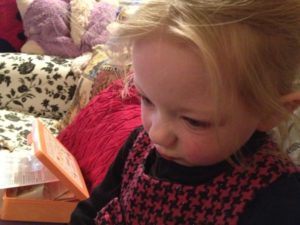 This is how I feel about my shows being cancelled. Angry!

Why is it that many of the shows that I just love have been cancelled.  The only explanation is that the shows were not getting the numbers that the studio demanded each week and so cancels them.  The following have been cancelled, Flash Forward, GCB, and now Private Practice. I was shocked at all of them as they are good shows, but Private Practice has been on for ages and has only just come back for its 6th season. This show has been on since 2007, so I am a bit stunned they are cancelling it and we will only see up to the 13th episode. I just hope that they wrap up the story as leaving it hanging is very annoying if you ask me.

With Flash Forward it just ended and no more episodes. I was wanting to find out what happened, how the story affected certain characters, and if the event that happened before would occur again. There were so many questions left unanswered.  GCB was a new show that only did the first series but was clever and funny, maybe the religious themes or the humour associated put people off. I would like to think that we are open to all things however it is sad to think that a clever, witty show that I love has again been cancelled. In relation to Private Practice, I am not sure what they are thinking as it has high ratings and a huge following since it is a spin off from Grey’s Anatomy, maybe due to the age of the show they have decided to end it. Not sure but it just annoys me when things I like to watch go away or are cancelled.

Years ago shows stayed on the television longer than they do now. Programmers did not move them around so that no one could watch it and therefore not get the audience so of course their only decision would be to cancel the show. In Australia the show you like to watch is on at a reasonable time, so you watch it and like it. Then for an unknown reason, or it could be for an event, the tennis/Olympics your show gets a later time slot. Then this later time slot becomes the norm, and more and more you miss seeing it due to the fact that it is not on when you want to see it. You decide to record your show, then eventually they don’t put it on anymore and you never find out what happens.

Why can’t networks give some shows a longer chance to shine? Why is it that if they don’t hit the highs of what is expected they are immediately pulled? It takes time to develop a following, and of course these shows had a good fan base and many of my friends and family here were all following them. Other people I have come into contact are just as outraged as I. Note to the networks from a viewer – Take more time to decide if a show is not going to work, give it more time to develop the fan base and if the show is clever, and funny, and has good writing and acting, it will get there. Trust me!

So what are your thoughts? Has a show that you liked been cancelled? Does this annoy you? It does me as I never find out what happened to all the characters. One of my good friends never watches a show that has not lived beyond the first series. He has invested and been burnt by networks cancelling shows. I tend to agree, but I feel you need to give things a go and support the new up and coming shows. If you only watch the established ones you don’t give the others a chance.  I know it is a cost to the network, but would you not think it is an investment and if it works out would be better than cancelling the show altogether?

I Promise To Be Rock Star