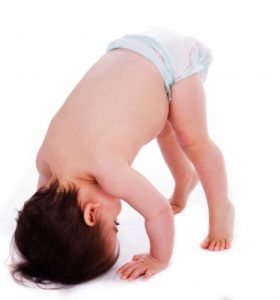 I read with interest the article by Kasey Edwards, “French fathers don’t change nappies” that appeared in the Sydney Morning Herald. Why is it that a woman is saying the following?

When you decide to have children you do it as a couple not as an individual, well that my point of view. I for one don’t think that a woman would want to not have help with the baby and if the father decides they are above changing a nappy how does this helps the mother take a break away from the child?  If the other parent cannot handle this duty then it is not fair to the mother and of course other help might be needed.

My husband helped out and changed his fair share of nappies, although I do agree in the article from Edwards that I did do more than hubby but that was due to him working and me being home more often with the twins.

That said, he did step up and care for his girls and make sure that a new nappy was in place no matter how terrible it was to deal with the old nappy. I am proud that he is a man that can deal with this.

Other women have been noted in this article saying that their men did not help with nappy changing duties, Madonna said that Guy Ritchie did not change a nappy as it is not a man’s job, interesting. A man can get you pregnant and a man can claim that he is helping and supportive but cannot change a nappy. Well helping with a nappy and child care is manly in my book. What about you?

According to the article it also lists Carla Bruni-Sarkozy mentioning her husband Nicholas Sarkozy did not help due to the fact that he is ‘a Latin Man’, not sure why this is something that makes you not help but he used it and it worked for him. Could the same be used the other way, I am ‘a Latin Woman’ therefore I cannot do certain things. Not sure why it would help you get out of doing personally. If you know please let me know.

Honestly if you tried that on me it would not pass and you would be so much strife your life would not be worth living. Dealing with twins as my first kids you can imagine the amount of nappies I changed and that we were faced with. Hubby had to help whether he liked it or not. He, as I mentioned was on board and loved being with his girls, and nappies was part and parcel of this.

Did your husband/partner help with changing nappies? Have they helped with all things baby and child? Or has it been just you? Send in your comments.

Less Intelligent: I don't think so!

How My Child’s Learning Disabilities Helped Our Family

This Mother’s Day Give the Gift of Nappies

We are not there yet!