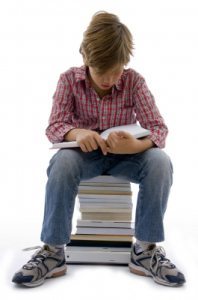 From the time my son was born I could tell he was going to need special love and care. The doctors assured me that he was healthy and that everything was fine. My concerns were based on the fact that he tried to come into the world at six months and the doctor said his lungs were not developed so I had to be put on a drug to stop dilation and keep him in the womb. The drug made me shaky and almost constantly crying which I spoke to the doctor about. The answer was, “Do you want him out undeveloped and you not shaky or do you want him to stay in?’ This was years ago and now I find out that the particular medicine I was on is banned from use on pregnant women for any more than two days, I was on it for over two months. There are lawyers getting involved and people seeking help but of course the drug companies are not going to admit to anything and it is still being researched. They tell me it could have caused brain damage, autism, and cognitive thinking disorders.

I praise God that my son does not have brain damage, or at least not noticeably, even though I believe he does have the cognitive thinking disorder. It has always taken him much longer to get things but when he does he can hold on to it and for this I am thankful. When he was a toddler every color was yellow and the front yard and back yard were reversed. He did not want to write his name, learn how to count, or read. The teachers were telling me that he had ADHD from pre-Kindergarten and I had him checked of course but the psychologist said he was borderline so I refused the medicines. Frankly I thought he had had enough medicines! And good grief, give them a break in pre-K, he just did not want to do anything but play, oh my goodness. That is unheard of! *sigh*

My daughter is seven years older than my son and she was more cognizant than anyone in the family at that age, seriously. My mother also lived with us and the three of us, along with dad when he was home from work, were constantly trying to teach my son the basics. We seriously could not tell if he was not understanding or just not interested because at times he would come up with something absolutely brilliant and we would all just sit around with our mouths dropped open because of something he came up with. He was and is really good at problem solving and he loved working with his hands. He did not like paper work in the least but it is not an option to forgo it in our world today.

We teamed up as a family in our teaching and training. It was a wonderful thing to behold, the whole family working as one for the good of the other! We enlisted the help of some close friends in the teaching profession to tutor and give us advice but we soon found out that for my son to sit up and pay attention it had to be a stranger who was loving, yet strict. It does not take long for a young child to figure out that you feel sorry for them and take advantage of that fact. It needed to be someone he could not bulldoze like he could his mother!

Not only did we help him at home but I was always up at the schools trying to get him help. At first I had him in a private school thinking they would be the best way to help. However they just wanted everyone to keep up and did not have time for special learners. Eventually I transferred him to a public school with smaller classes so he could get more one on one attention. This worked for a while but as he got older teacher after teacher kept insisting he needed medication or more help than they could give. I did not want to put him in the disabled category at school because I had other teachers that were friends tell me how that many of those children did not get a good education because they were considered slow. My son was not slow, just different.

So as a family we went up to the local college to get him tested for learning disabilities and his intelligence, etc. We found out that he was mildly ADD and had a few other minor problems but nothing that required intense medication; only understanding and slightly modified learning.

After receiving the results of this test we were able to get advice on the best ways to help my son learn outside of school. By applying these methods as a family we helped him go from a low C student to an A and B student. Even the teachers noticed the difference and some of them tried to help out in similar ways in class.

While it does make it harder on the teachers and the family of children with learning issues it is also a great way to really focus in on what is important. Is it the grades that matter or the understanding? Does it matter if the child can sit and learn all day or if they need to get up and move at times? Is hands-on learning better or worse than paperwork? We all have different learning styles and this effort with my son really helped us understand that.

I also learned a lot of the basics I missed out in school myself. Things like basic grammar and why words sounded the way they did. Even my daughter had missed out on learning that due to the phonics she had grown up with. As he got into harder maths he quickly outpaced me and it was up to my daughter to help him. She was not a math whiz but teaching her brother again helped her skills too.

Even grandma got in on the action. She would take care of my children in the summer and while I was at work. She would go over things like colors, shapes, names of animals and natural things. They would also play games that were more like science experiments. Rolling a marble down different objects or surfaces to see how far it went, rolling cars, and even making a pulley system in the back yard between trees where he could learn the basics of physics by rappelling across the yard! She got a giant pile of sand in the driveway to let him play in the sand, went on nature hikes and fishing, and taught him all about plants and how they grew.

His father chipped in too. He was a big computer guy and loved to teach his son about how the computer worked and the parts that were in it. They played computer games together that taught skills like spelling and math and enjoyed competing on typing games to improve his spelling skills. Anything tech based was something my son and his dad could do together.

As you can see, we all chipped in to help my son succeed in school. I am happy to say he graduated and is doing well. His education was a struggle for us all but he can read better than many adults I have known and understands almost anything he sees. There is no reason that leaning problems have to hold your children back. See this as an opportunity to grow closer by helping each other and you will succeed.

Nancy Parker is a regular contributor to www.enannysource.com and she loves to write about wide range of subjects like health, Parenting, Child Care, Babysitting, nanny background check tips etc. Send Nancy an email