I have wanted to post about our travels but have been either exhausted or off keeping the kids entertained.

We had great adventures while at Coffs Harbour. What did we get up to?

The kids used the in flight entertainment and once they were involved with their shows it was hard to get their attention. It kept them occupied for the flight and they really enjoyed the service that was offered. We used the free Virgin App and connected to their wifi, aside from announcements the service was non stop. They paused it to make sure everyone heard any important messages.

Before we took off from Sydney Airport, the kids were busy with their in flight entertainment on the iPhone and iPad and then the alert to make sure you have your seat belts on sounded. Lillian yelled at the top of her lungs, “What is wrong! What was that!” I told her to stop yelling and that all was fine that it was just saying to keep your seat belts on. Julia signaled to me with an up arrow finger asking without talking if we were up in the air. I said no.

I was thankful the confusion about the seat belt alert did not start a panic.

Once we arrived it did not stop raining and it was big down pours of rain! Yes we went to Coffs Harbour for a summer holiday and time at the beach to then have heaps of rain. We were lucky to work around the afternoon storms and managed to get to the beach about three times on our holiday.

I love the sea and it feels so refreshing to swim at the beach and makes me miss my childhood home, Queensland. The girls loved it and really enjoyed being in the water. The last time we were here, they did not know that the water was salt and drank some. This time they did not make this mistake.  I was very pleased the kids enjoy the beach as much as I do.

Off to the Movies

Due to the rain, we all went to the movies as everything was soggy and wet. Grandma, Nana, the kids and I saw Big Hero 6 and it was a fabulous film. Very funny and entertaining. Adults will love it as much as the kids. 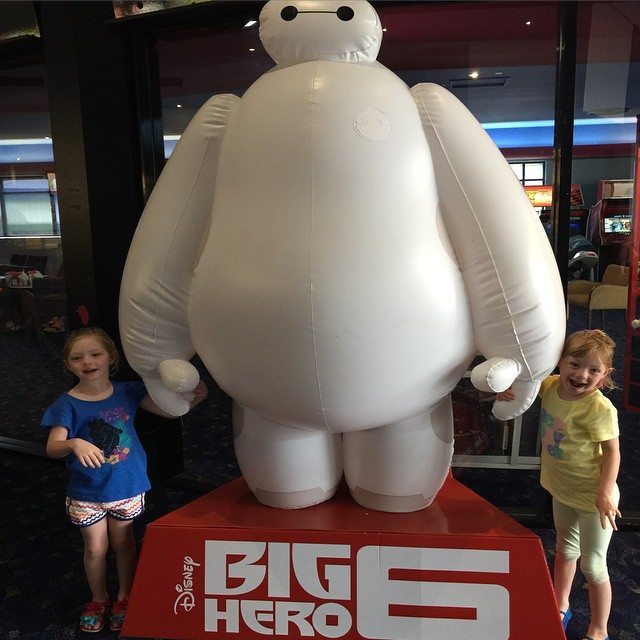 The kids with Baymax from Big Hero 6

Off course paying for tickets to the movies made the sun come out and we were able to go to the beach again. Yes more time at the beach!

One of grandma’s friends from work told us about a place called Spring Loaded. It is an indoor play centre with a difference. They have gymnastic like equipment and it is all safe with mats everywhere. You do have to sign a disclaimer when you enter, but I think as long as the kids are careful all should be good. 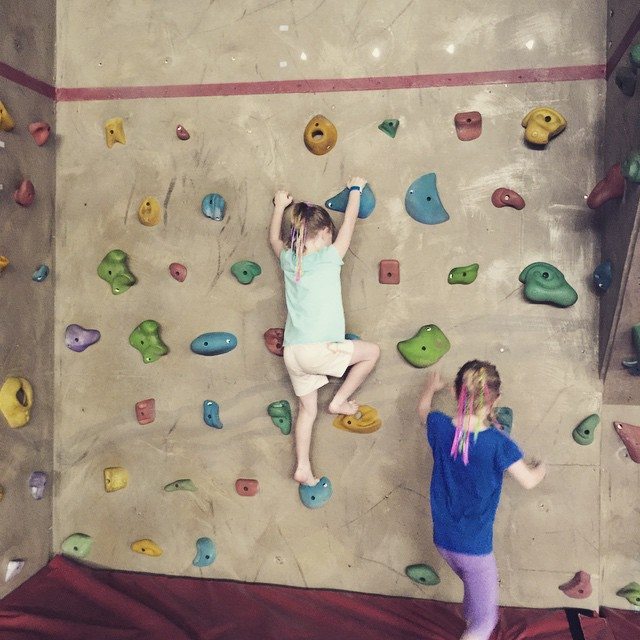 The kids had a blast at The Solitary Islands Aquarium. They touched starfish and other animals. They caught fish and looked through a microscope. The guides at the aquarium were very knowledgeable and we learnt a lot from our visit. I had no idea that octopus lay so many eggs, thousands to be precise and that the male octopus give the sperm to the female octopus via a tube and from distance to ensure they don’t get eaten or killed by the female. Who knew!

Octopus getting a snack. #aquarium #octopus #kids #coffsharbour   A video posted by Suzanne (@mummytotwinsblog) on Jan 1, 2015 at 3:56pm PST 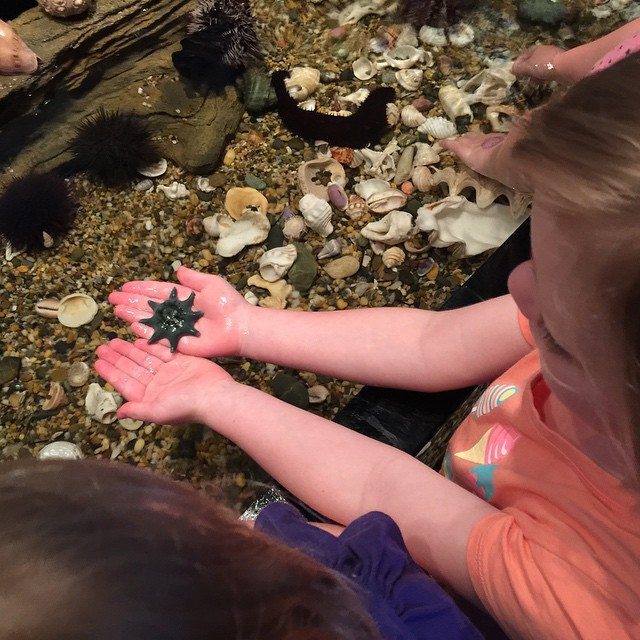 The girls were very excited that we might see the fireworks. We stayed up and were lucky enough to see them from Grandma and Grandad’s balcony at home. How amazing was it that it was a clear night or not that cloudy to allow a better view. See the videos below as the kids enjoy the night.

Of course it was nice to catch up with the kids grandparents and to see my mum their other set of grandparents as well. It was a good trip and we all had fun. It is great to be home.

However I have a messy house as per usual to sort out, I have nearly done the washing but need to put things away and due to holidays have been trying to keep two kids busy and entertained. Yesterday we caught up with my sister and her baby. Nana and Opa were staying with them for a week so that was good that we could all catch up again. The day before due to a massive storm here I took the kids to an indoor play centre to run off some energy. Today is the only day home for a rest.

What have you been up to these school holidays?

Stay tuned for our next adventure at the Maritime Museum and our stay in the city on Friday night.