As you would know from part 1 of our adventure we traveled to the city to be there and to avoid a super early morning start. Staying at Darling Harbour was great. We had a great view from our hotel and the Maritime Museum was a short walk from where we were.

The girls were so excited and the main thing they wanted to do was go on a submarine. Yes we had not even got to the museum and they were telling everyone that they are going on a submarine.

We went to the museum on a Saturday to allow hubby to have fun with the kids and join in. I also met up with my sister, her partner and her lovely baby girl. Plus my mum, and step dad joined in the fun. It was a good family day out.

So what did we do there?

At first we got a map so that we knew where all areas of the museum were. There is a lot of things on display so you do need a full day to see it all. The submarines and ships are outside of course and if you keep your wristband on you can come in and out of the museum.

Firstly we saw as many displays inside the museum as possible. I was taken with the amount of information from first hand people they have, diaries, pictures, posters and more. 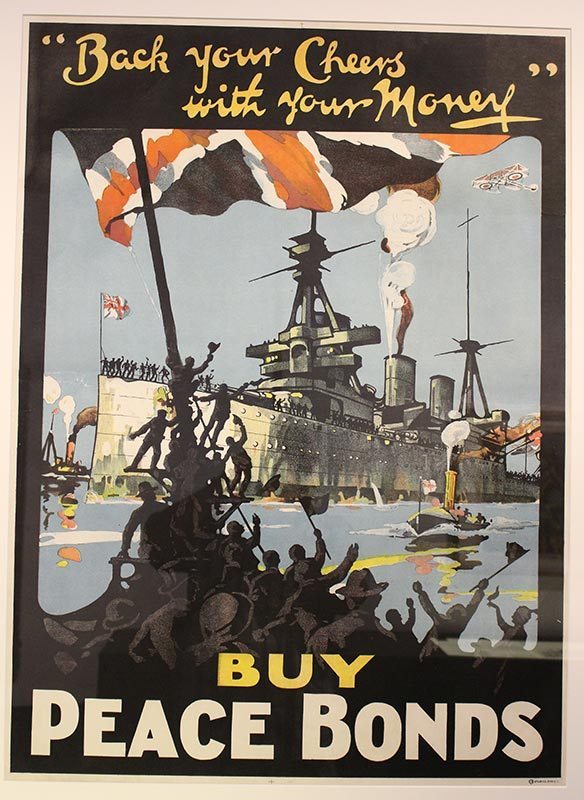 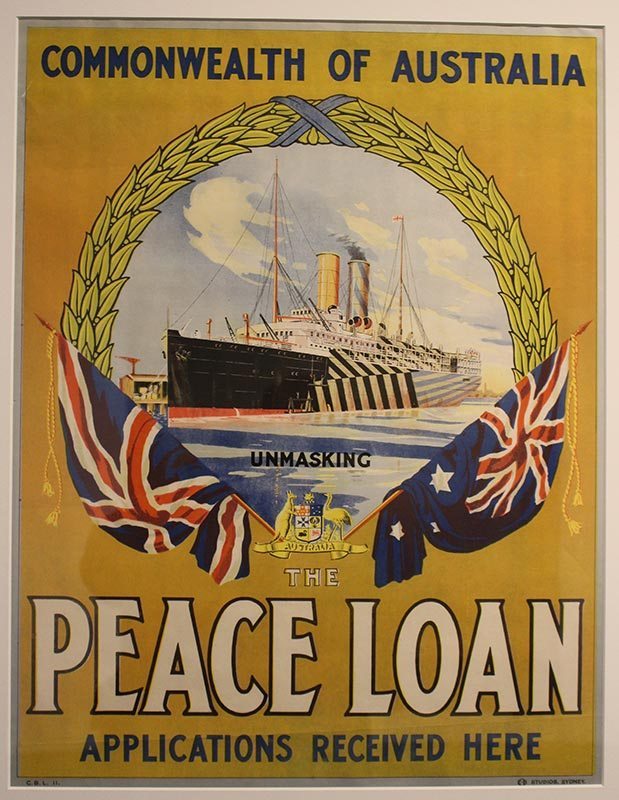 We looked around and I was amazed that there were personal notes from soldiers that were in World War I. I saw a hand written diary of a solider saying that they were awaiting orders to leave, and you can see this below on the date of August 4th 1915.

The Cabinet of Curiosities.

The kids had fun with The Cabinet of Curiosities. This is a trolley with items that the kids can touch and learn more about. The girls loved it.  They were able to touch and learn about the objects on display.

All items in the museum were very impressive. The displays were thoughtful and very interesting. 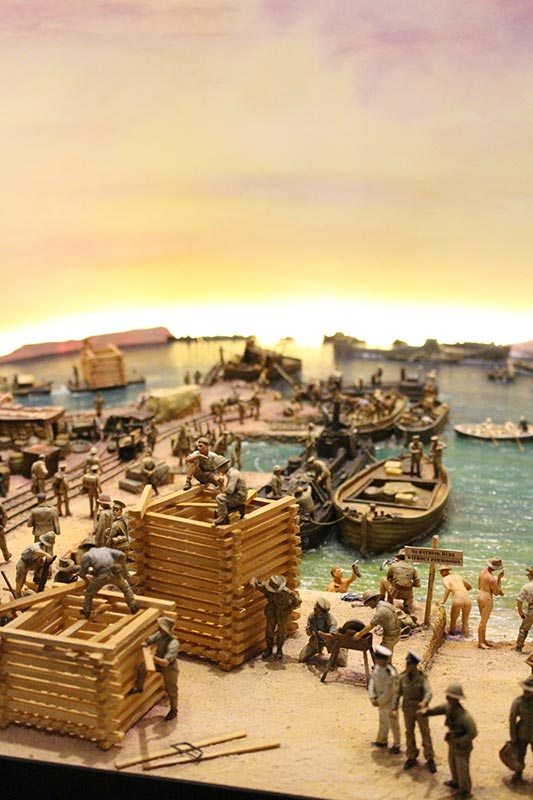 A model showing many people at work and at play. 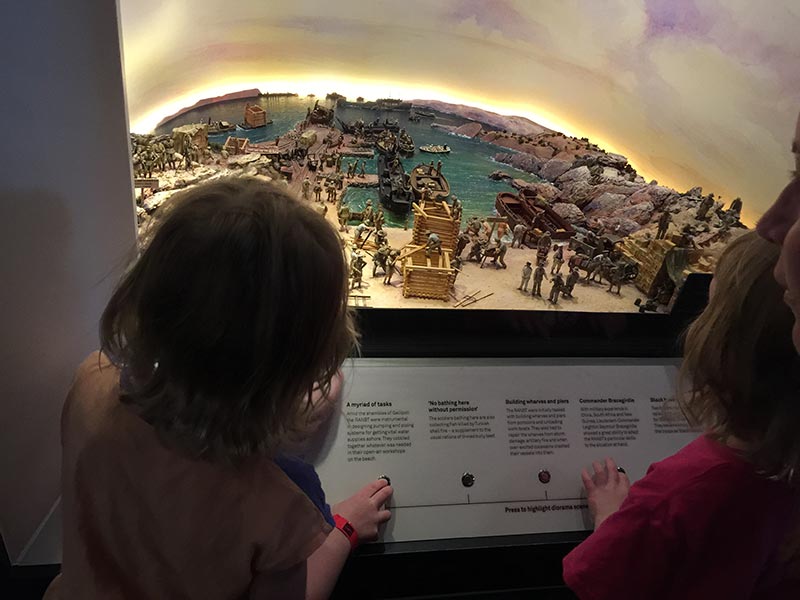 The kids were able to press different buttons to have different light and times occur.

I was amazed that there was a helicopter in the museum as well as other items. 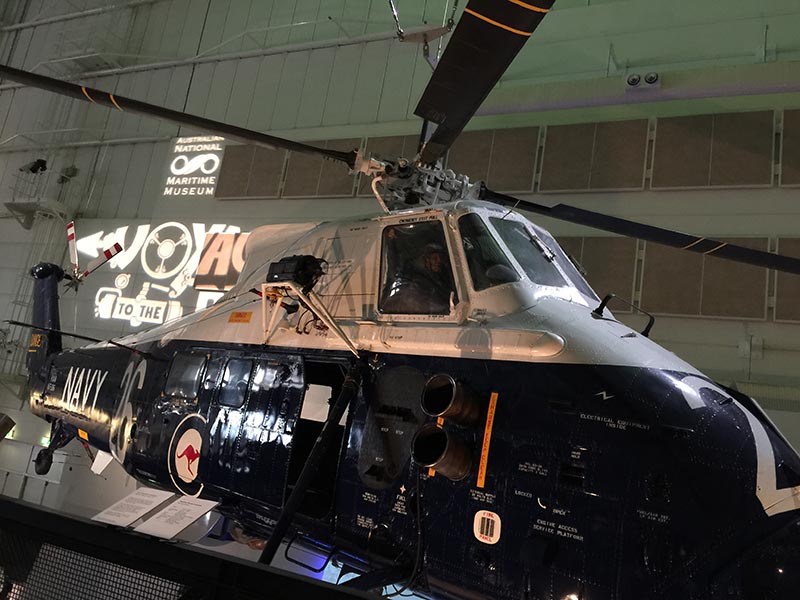 Going Places is an interactive exhibition that is on until the 22nd of February 2015 and allows kids of all ages to see how different transport works, planes, bikes, airships and cargo ships.

Voyage to the Deep

The exhibition of the Voyage to the deep was what we came to see plus the ships and the submarine. The girls loved the fact that they could play with everything and run around like made people. They had a blast and had so much fun. As you can see from the video I took below of the girls under the water at the exhibition.

Here are some more images of the fun that the kids had at the Voyage to the Deep.

Voyage to the Deep was a whole playground that was underwater. It allowed kids to just have fun and touch and play with all that was there. It is great to see a museum having things that kids can play on and touch that also fosters learning.

The Maritime Museum was a fabulous day out and all the family had fun not just the kids. You will need a whole day as there is a lot to see and do so get there early. We got to the museum at 10am and left at around 3.30pm nearly 4.00pm so it is a big day!

We went to the cafe outside near the ships for lunch and it was good and handy. It served yummy things for kids and adults alike. It was close so it meant that we could relax there and were still able to access the museum due to keeping our wristbands on for entry.

Do you take the kids to museums? Have you been to the Maritime Museum? Did the kids love it? Let us know. If you have been, what was your favourite part?

Disclaimer: Thanks so much to The Maritime Museum for our family passes that made this all possible. We had an amazing time and it was a wonderful family adventure.