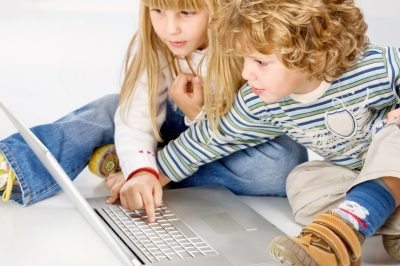 Boy and girl playing together. Image courtesy of marin / FreeDigitalPhotos.net

I was told to bend down to hear a secret from one of my girls. She then whispered in my ear, “I have a boyfriend mummy!” Now this boy is answering to the title of boyfriend and seems quite happy about it. My other little girl was close to this boy but has decided she now likes another and she now has a boyfriend as well.

The twins understanding of boyfriends is just friends so that is nice. However I was rather shocked at hearing this news. My kids are just in Kindy. It is only the end of the sixth week and we have boyfriends. What does the rest of primary school hold if this is just Kindy? Should I be worried? I’m sure it is a phase, or I’m hoping.

I know one in particular was sweet on one boy and she talks about him all the time at home. This boy does the same at his house, and I found this out after saying hi to his mummy and mentioning that one of my kids like him. He mentioned it is the one with the mischievous face, I asked if he knew who that was and he pointed to the right child. Weird how that description does sum up this child and he has worked out who is who. Some kids find it hard due to the fact that the twins are identical, but some just know who is who.

When did you kids get a boyfriend or girlfriend at school? Was it just a nice way to say that they liked each other? Or are you worried? I think the girls are just liking making new friends and having boys as mates as well as girls. Send in your comments.