UPDATE: The kind people at Fitbit are replacing my Fitbit Flex for me. How lovely and exciting. Yes as you might guess I have not located it and been sad ever since I lost it. My device should arrive soon, and pictures will be posted when it does.

Have you ever put something down and cannot remember where you put it? I have and it happened to me yesterday. YES, I have misplaced something important. Admittedly I was tidying up, tired and thinking about dinner, tomorrow and all the other things that I need to do and obviously not the task in hand.

What have I misplaced? Well that would be my Fitbit Flex. Yes, my new wonderful device that monitors my steps. The Fitbit had emailed earlier that day telling me that its battery was running low and it needed a charge (Yes the Fitbit emails you to tell you to charge it – very cool indeed). I knew where it was and it was sitting on my side table next to my bed. Right, I know where it is, I will deal with it later. 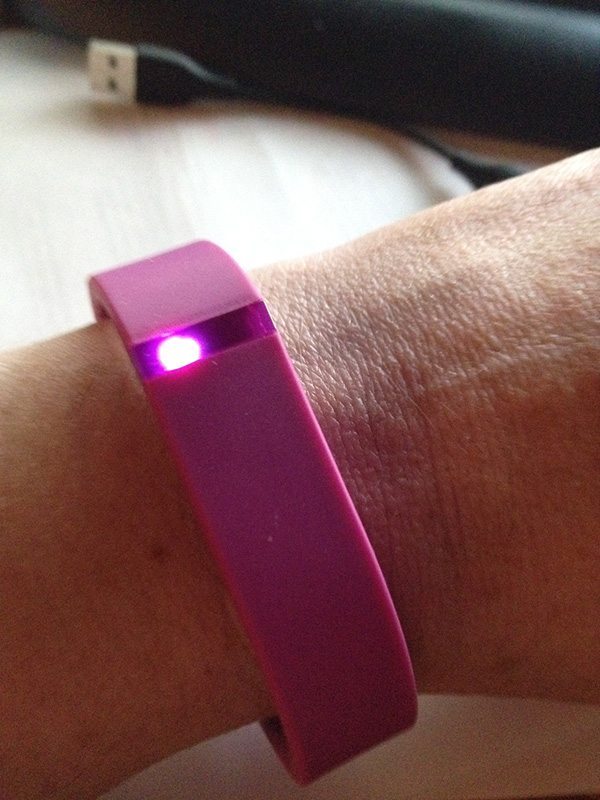 Hubby then asked while I was up could I get his Pebble Watch as it needed a charge. I then remembered that my Fitbit needed a charge also. I went to the bedroom to get both items. I gave hubby his watch and who knows where the Fitbit went! I now cannot find it.

I thought that I put it on my desk that I had since tidied and had the charger ready to go. Now I just needed the device to charge. This has been the quest of today and last night. To find my Fitbit Flex. Today I have had no luck. My aim tomorrow is to find it and in the process clean a bit of the house. I have a fear that I might have had garbage in one hand and things to keep in the other…. could I have thrown it in the bin?

Garbage night is soon, and before I will go through the garbage to make sure that I have not thrown it out, as that would be very bad news if I have! Best to check before the bins go to the tip.

What is the worst thing that you have misplaced? Lost or cannot find? I wish I could go back in time and find where I put it…. would hypnosis help? What would I do to make me go back to that very moment in time? I don’t know how to do this, so think getting stuck into every area is the way to go. I just hope that I have time to do it all. I am going to prioritize on the bins, and certain areas that will be more likely to have this much loved and missing device.

I just cannot believe that I have lost it in my own house when I went to go get it! I must be sleep deprived if I am doing things like this!

Send in your stories so I don’t feel so bad about this silly act of tidying.  If I cannot locate it I will have to replace it. 🙁

The Hdyro is Glam Once More