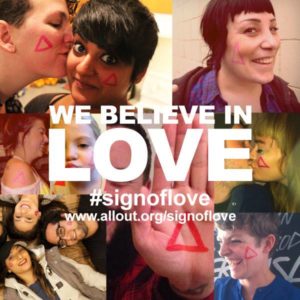 This Valentine’s Day Lush Cosmetics Shops in over 40 countries are promoting the LGBTQ campaign.

What is the LGBTQ Campaign?

The campaign has luanched with All Out to coincide with the Winter Olympics in Sochi, Russia.

“In June of 2013, Russian president Vladimir Putin signed a bill that banned ‘propaganda of nontraditional sexual relations to minors’. This means that in Russia, if you belong to the LGBTQ community, it is illegal to ‘propagate’ your sexual orientation as it is deemed a violation of Russian law and ‘traditional’ sexual relations. “

“The #SignofLove is a pink triangle, which is now seen as a global sign of Lesbian Gay Bisexual Transgender & Queer (LGBTQ) rights. Used first by the Nazis as a badge to mark and identify gay people in concentration camps, this triangle has been turned on its head and reclaimed by the LGBTQ community to symbolise gay rights.” 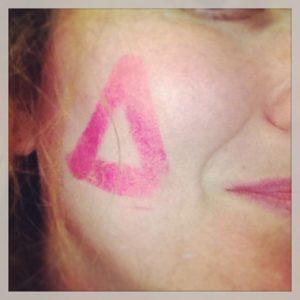 So how can you help?

Lush is creating a photo petition that will be sent to the Russian embassies worldwide on the 14th of February. Take a picture of yourself with the #SignofLove painted on you with either pink lipstick. Then share on Facebook, Instagram or Twitter. Make sure to use this hashtag with your image 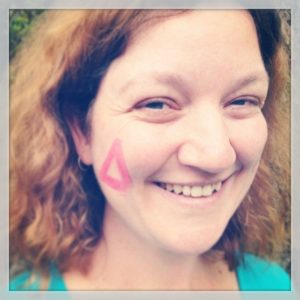 Another picture of me wearing the Sign of Love

9 Steps to Make A Book Bag