Last Tuesday I had a nasty scare. I was in the doctor’s car park and waiting for a car to go and they were taking forever. The kids and I were standing in the rain and we were waiting and waiting! The people we were waiting for had the car running and looked ready to go but they just sat there. The kids wanted to race to the office door but to do that they would have run right behind this car. What would happen if they reversed and did not see the twins? It would not be good.  I made sure that we all stayed together.

I made the decision that they saw me and the kids and were waiting for us.  So that they would be sure that they were clear of kids before leaving the car park. Kids had their hands in mine and we all made our way to the office. When we got to the point of the car they then decided to reverse! Great. Oh well, I said to the girls just quickly hurry up and we will be at the door and all will be good. The girls were worried and were running. I lost my balance and I could not right myself. I then fell face first into the mud, water and rocks that was the ground of the car park. I am a bit off balance lately and at the time nearly 31 weeks pregnant. Yes the belly is growing. 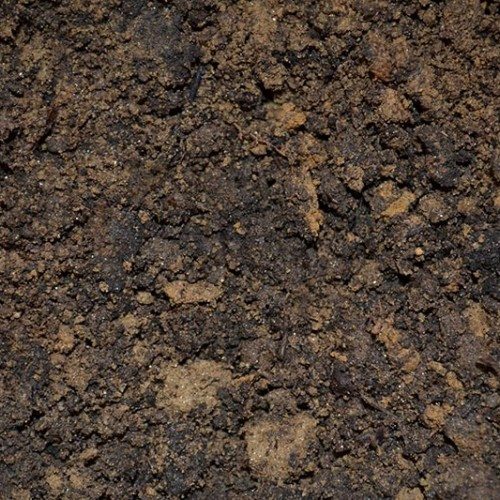 What I fell onto. Just picture it wet and raining.

The kids were very upset and worried about me and the baby and helped me get up (What lovely girls I have!) Once up the people in the car left. I stumbled into the doctor’s practice and told the receptionist that fell over tummy first and I am pregnant. I had mud all over me, hands missing some skin and also a sore knee. All one side of my body was jarred and I was very freaked out and worried about the baby.

The girls were visibly upset and crying and concerned. I told them that all will be okay (even though I had no idea at the time) and that it was an accident and not their fault. It just happened. They were helping. I hugged and kissed the girls and told them all will be fine. Poor little kids were very worried.

I finally made my way to the doctors although the reason I was there was not what I was most worried about now. I started with the fall in the car park as that was more urgent than my other issue and then spoke briefly about my other issue. He then called the hospital to tell them to expect me. I was put on a monitor to check the movement and heartrate of the baby. I had to be hooked up to it for four hours. So kids and I raced off to the hospital to have this test done. Hubby was alerted to the drama and made his way home from work earlier to make sure all was well.

The kids were entertaining me while I was hooked up to the monitor. I was glad that they were happier than before and finally feeling the baby move was a good sign as well. My little baby has been an active little person (we still don’t know the sex and want a surprise. Many are saying it is a boy due to how strong the kicks are and the activity. I am not sure. Maybe it is due to the fact that this is one baby and has more room than the twins did).

I stayed there for the full four hours and the baby had very good heart rates. It was a bit all over the place but I was told that an active baby can do that. The doctor and the nurses all seemed very happy as it was well within range and did not look like there was an issue. I was told that if there is a problem after a fall it is likely to show up within this four hour window.

While I was there they also took some blood to make sure that there are no foetal cells in my blood. I have not heard back with the results, but I think if they were bad I would have been alerted.

One of the nurses asked if I knew my blood type. I said yes. I told her I was A Positive. I asked what difference my blood group has in a fall. She then mentioned that if I had a negative blood group that it could cause issues. Weird I had no idea.

Since the kids were being very noisy and mucking around hubby took them home to get them dinner and get them to bed. It was a school night as well so that did not help matters.

Other than being very sore and tired I was fine. The baby was fine and all was good. I was just worried about falling and having it happen in the first place. I was also worried about the girls and how they felt about the incident.

Wednesday morning rolled around and I got up as per usual and got kids’ breakfast and things ready for school. Although I was limping and very sore still. I noticed some spotting and thought that I would take the kids to school and then drop in at the hospital. Yes I know too much info, but better to be safe than sorry right?

I told the nurses and the doctor who was on the night before what I had encountered that morning and that I was worried. They hooked me up to the heart rate monitor again for the baby and all looked good. Good heart rate and movement so that is a good sign.

The doctor eventually checked me to make sure that my cervix was closed and that there was no sign of bleeding. All closed and no bleeding so another good sign.

That same afternoon they wanted to have an ultrasound to just make sure the baby was 100% okay. All good and I was cleared to leave. I did ask to get a copy of the results of the ultrasound but due to the specialist needing to take time to look at the scans it took a while. By this time it was after 4pm and I had to go as I had kids in after school care and had to leave to get food for dinners and then pick up the twins.

Not sure what was going on Wednesday with me. I was just glad that they checked me out and made sure that there was not an issue. It has not happened again, so that is another good sign.

I must say that the Blue Mountains Hospital have been exceptionally good. Their care has been second to none and nothing has been an issue. I feel grateful to have such a great maternity service, if the baby comes I think after 36 weeks I can have him/her at The Blue Mountains Hospital. If it comes earlier then I am off to Nepean again. Depends when this little one wants to make an appearance. It would be nice to experience the local hospital for this birth.

So my drama on Tuesday was not too bad. I was more banged up than the baby. The kids were okay and so was I other than sore and tired.

Have you fallen over when you were pregnant? I hope you and the baby were okay. They say that most falls they baby is okay as they are very protected inside of you.

It did give me a big scare though and made me worried about how the kids would view the incident. I am just very glad that I did not really hurt myself, it would have been horrible to break an arm or ankle.