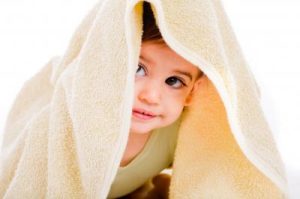 Cloak of Invisibility – Image by FreeDigitalPhotos.net

When the girls are in their room for compulsory rest time, they have been trying to get up to mischief without us knowing. At first we had no idea; however it was brought to my attention weeks ago with a weird thing moving under a red blanket.  The reason I noticed it was something caught my eye; I was in the dining room doing some sewing and noticed the movement under the blanket. After a while, Julia’s head popped out to then say, “Ta Da Mummy it is me!”

The husband at the time was in the computer room and he was of course mesmerised by his computer so did not notice the toddler creeping under a blanket in the hallway, the door was open to this room and the girls must have thought the “Cloak of Invisibility” just like in Eric the Viking, was working its magic, however his was not much for keeping him invisible and like the girls we can see them.

For weeks after the first incident, they have been using their blanket for coverage to go anywhere in the house unnoticed, and it has worked. Maybe we are just busy at what we were doing or just tired. Sometimes I take a nap while hubby spends time at the computer or doing other things. It was only a week ago that he got up from the computer to go and get another drink when he found both girls with blankets on their heads in the hallway. He actually bumped into them! They foolishly told daddy that they were off to get more snacks. After that we were wondering how many trips they had made to the kitchen unnoticed?

Although they are naughty little girls for doing this and not staying in their room, you have to admire the thought process and the creative thinking to figure out this plan of attack. Again, Julia was trying her “Cloak of Invisibility” and I caught her out. As this was a tactic that has worked in the past, knowledge must have been shared with Lillian and they are both doing it.

Do your kids invent weird and interesting ways not be seen? What is the strangest thing they have done? And did you notice or not until it was too late? Send in your stories.