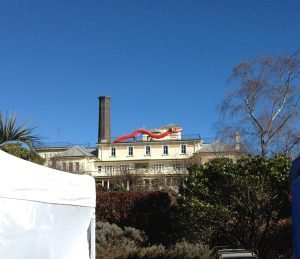 Dragon on the Carrington

Today was Winter Magic, if you are in Katoomba you will know that this is a parade to celebrate the winter solstice. The weather was great a real surprise from yesterday, today was blue sky with no clouds in the sky and yesterday it was black clouds, rain and threatening snow.  It was even warmer than I expected the day to be, check out some pictures of the day from The Blue Mountains Gazette.

I was asked to march with two groups for winter magic and we decided to march with the North Katoomba Community Hub, these guys do such great work and it is a great community of parents, kids, and local people who contribute their skills and time to this community organisation.

The theme as I could tell were dragons, I thought that it was something that the guys at the hub had decided upon, but after seeing that there were dragons everywhere, it must have been a theme that was for the whole parade not just for one. 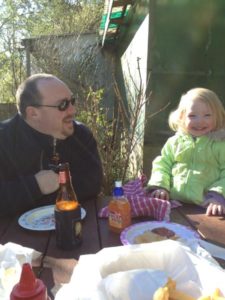 The girls were very good and marched with me all the way without any complaint. I was so proud of them, Lillian looked like she was getting very tired and near the end kept on rubbing her eyes, slowing down and looking at things other than where she was walking. I am very pleased that the kids finished the march without the need for me to carry anyone. Carrying someone would have been impossible as I was tasked with holding a banner also.

After we left the parade we went off to have fish and chips, not in a park as it is cold, but at home. Let’s hope that this lovely weather keeps up… I need to do some washing and would like to not use the dryer. How has your weekend been so far? Did you go and have adventures with the family? Send in your comments.