Hubby and I have been on the hunt for years for milk that tasted like it did when we were little. Creamy and not watery. For as long as I can remember milk has not tasted right. So whenever there is a new brand on the market we purchase it in the hope that it might be like what we remembered milk tasted like.

I finally found a milk that has cream on top of the lid… wow that never happens! It tastes a little better than the other brands and if shaken all the cream gets mixed up and all is good. However the twins have never experienced cream on top or in milk. They have had milk where it is all mixed in. 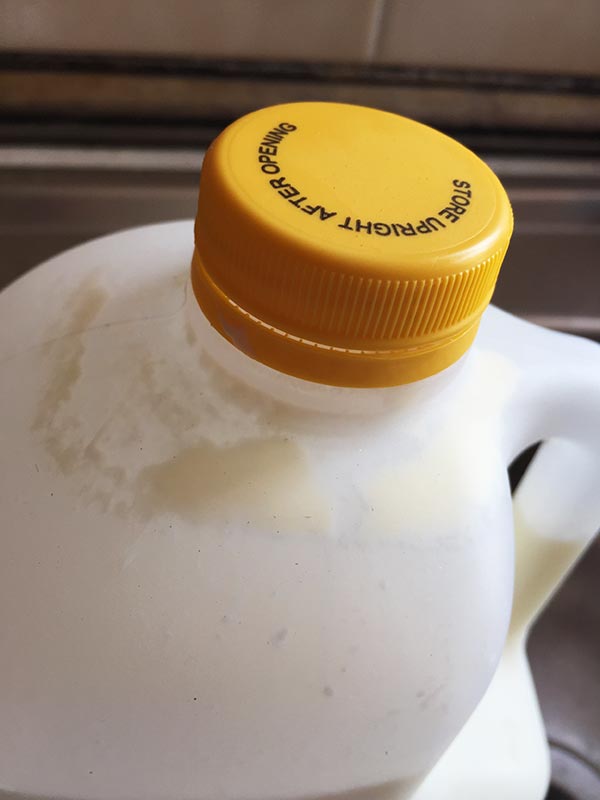 The creamy milk with the cream on top…. YUM!

One morning the kids decided to make their own breakfast. Yes amazing actually. They usually wake me up to do this task. I am trying to tell them they can do it themselves.

Oh well…… I was half asleep lying in bed and was very happy they were showing independence and doing it themselves. They were making their usual meal of Weet-Bix. They got to the milk part and poured it in the bowls. And then I heard….

“What is that???” “There is something in the milk! It does not look good. I think we need to chuck it out… It has gone bad!”

I got up and so did hubby. I told him about the milk issue that I was overhearing. He decided to go and have a chat with the girls and explain about cream and the milk. He explained that the milk just needs a good shake to mix the cream in and it is not bad just that it the cream is on the top of the milk. He also explained that you can mix it in or just eat it and it is all good. They did not look convinced.

Even this morning after a good shake of the milk and adding it to the Weet-Bix this morning one kid is still not keen on this type of milk. Maybe I need to get the other stuff just for them so they don’t complain? I was hoping it would not be an issue after the talk from daddy and us showing the twins that it is all good and fine to drink.

Have had something like this happen with your kids. I do understand that if they have never seen it before it might be a bit weird and they were wary of it, especially when you have never had it before. Leave a comment and let us know what has happened at your house.

I also think that they reacted just the right way. If in doubt get rid of it, it might be dangerous or make you sick. They reacted on instinct and went for survival. Although their breakfast of that day ended up in the bin I hope that we have shown them that milk with a bit of cream is okay to drink and will not kill you.

Picking a Name for Baby