Last night after our BBQ with friends a man came in and said his hellos. He was an astronomer, and he had come to stay to look at the stars. The weather was still, and there was no wind. The sky was bright and you could see all the stars with the naked eye. It was amazing!

The other amazing thing was this lovely man said that he would be happy to show us what he was looking at and give a talk while he set up his telescope. I must say it was not what I expected. I had a vision that the telescope would be like the ones you buy off the shelf. No this was not to be. 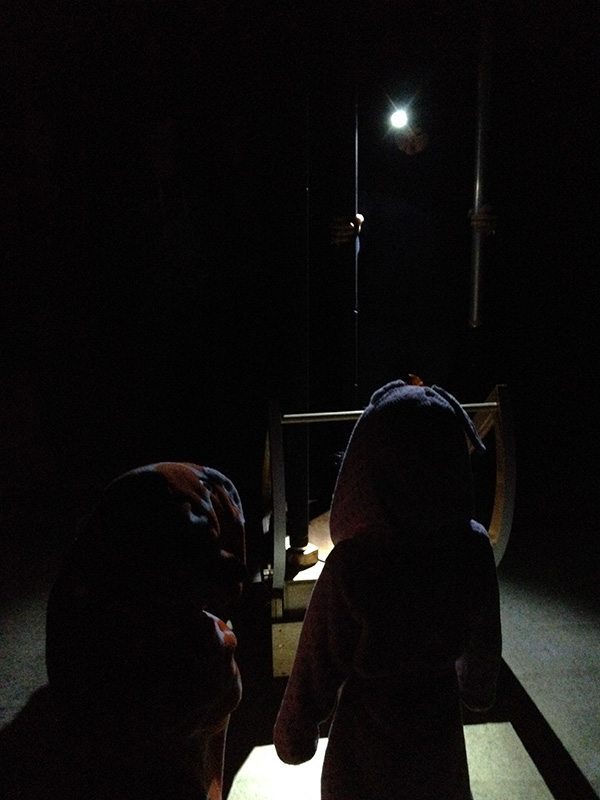 The girls waiting for the telescope to get set up. They were very curious about what the astronomer was doing.

His telescope was HUGE and I am sure you are thinking yeah right! However it had a big wooden brackets and circular additions to allow it to swivel around. I did not realise that you could make your own telescope, however if you know what you are doing and have over 30 years of experience like this man did I am sure you can do it.

Just picture it. It is pitch black, there is a group of mainly men, a couple of women, and 2 kids. We were all rather jolly and silly by this time so there were a lot of jokes about Uranus…Yes it was done to death. The poor astronomer has probably heard these types of jokes too many times. However he was polite and nice and laughed them off.

The twins were fascinated how the telescope got put together and its size. They were learning about the stories of the stars, the milky way and the southern cross. We also learnt that there was a second southern cross created by the devil to fool us. I had no idea until last night. Star gazing is fascinating and exposing kids to the great galaxies and universes is a great thing. 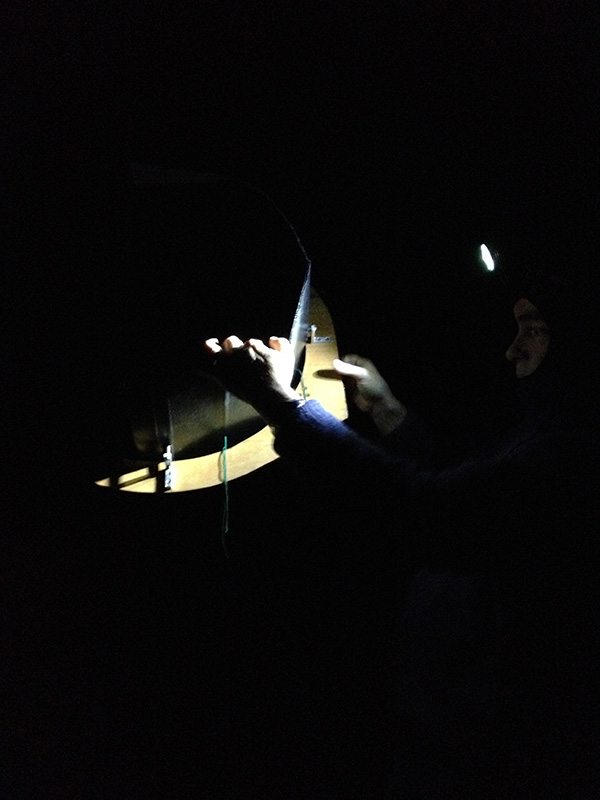 Getting the telescope ready

Once the telescope was all set up, it was then pointed in the direction of Saturn. Each person was kindly given the chance to see the rings on Saturn and the moon Titan. The girls were amazed and at first Julia was asked what she saw. She said nothing but the lens had to be adjusted. Once it was fixed, she saw Saturn and Titan fine. Lillian was amazed that she was able to see a planet through a telescope and was happy that she and daddy were the only two people who saw shooting stars. Yes I missed this and Julia also.

We were very lucky to have had this opportunity and I am pleased the girls had this experience. Have you taken your children to the observatory to look at the stars? Sydney Observatory have some wonderful things on these school holidays. Wish we could do them all!

Do you love gazing at the stars? Do your kids? What is your favourite thing to do with the kids and star watching? Let us know.

Mums is Your Neck & Shoulders Aching?

Why is this still happening?

Your Next Dance Party Songs