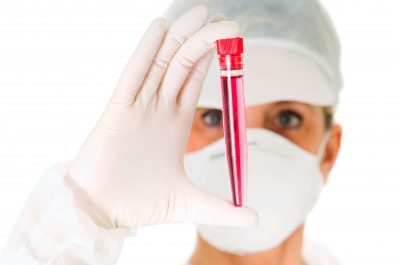 Yesterday I had to take the twins to get blood taken. Yes you heard that right. I had to get needles in kids to get blood out of them. Not fun and of course I was not looking forward to it at all.

The one child that I thought would have an issue with it all did not. The child that I thought would be okay, was a mess and very upset.  The first child sat with me and was very brave and did not cry at all. I was so impressed about my brave little girl. Then the next child’s turn. She sat on my lap also and she was fighting to take off the band that tightens your arm. She kept on saying,”Take it off me, it hurts me”, “Please stop it hurts!” It was hard to get her to stay still and I was constantly trying to get her right arm under control. What a tough strong girl I have created! My poor little one I really felt for her but we needed to get the blood taken. The blood tests are important so that the doctor knows what the kids would need in case of an emergency.

The kid that was super tough stood there and watched her sister and was fascinated by the needle and the blood that was fed into the test tube. Future doctor me thinks. Well you never know. Maybe a scientist?

After a while the nurses took off the arm band that was making her arm uncomfortable. She then said, “This is FUN!”, the nurse then said she was a funny little girl. She giggled and was a brave little one for managing to be good and get it all done. I hated getting it done but next Monday the 20th of January the girls are going into get their tonsils out. Yes! Let’s hope that once this is done that we will be done with the constant sickness we were plagued with in 2013. Mainly we spent all year dealing with tonsillitis.  I hope to banish this in 2014. Tonsils be gone and the same with tonsillitis. NO MORE!

The girls were very lucky. The lovely ladies at the pathology, gave them a bravery award, stickers to put on the award, and of course a teddy that they each picked out. I was so proud on how they did when they got their blood taken I bought them a Dora doll. This doll now is the current obsession, the doll is the one that the kids can style Dora’s hair. It came with brush and of course the kids have brushed it so many times I am amazed it still has hair.

I am super impressed with my brave strong girls. I am rather nervous about the whole thing, although I know it will be fine.  The kids need to stay in overnight and I would like to be there for them in case they get up during the night. Hubby feels like them being there overnight will be fine. I don’t want them to freak out if they wake up. I know there will be nurses but they might want mummy, so that is the reason that I would like to be there for them.

Have you stayed in hospital when your child/children have had an operation? Did you go home to sleep or stayed at the hospital for your little one? Am I being over protective? I don’t think I care, I think it would be nice for me to be there to make them feel better about the whole thing. What about you?

Let me know your thoughts.

Can You Spell Father?