Thanks so much Joe Hockey for letting us know how to buy a house or to upgrade to a bigger one. The answer is a better paying job. It is that simple. Are you excited? I know many of you feel a weight has lifted with now knowing how to break into the Sydney property market or just the property market at all regardless of where you are based in Australia.

If only getting a higher paying or better job was that easy. It is not like these roles are falling from trees where I am. What about you?

Some people might not be able to get a higher paying job due to skills. Some are still studying to transition to a better role. Some are already earning a lot of money and are struggling to make ends meet with a mortgage, expenses and if they have kids this can add to the expense. 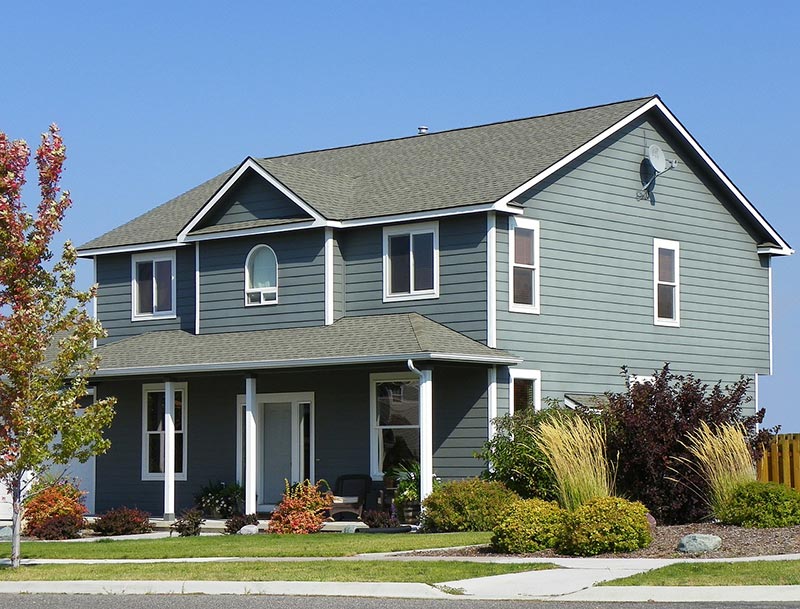 New house. Hopefully it is not too expensive to buy!

Maybe one person is at home taking care of a child or they have to pay for child care. Whatever the situation there is a cost to both decisions. Loss in wages while being a home carer to your child or high childcare fees to allow you to work.

You could be in a regional area where higher paying jobs are few or hardly available. Travelling to the city to commute for a job might take more than a day in travel and not be convenient for you due to other commitments, kids, family and study. Telecommuting is not offered so often and therefore skilled workers lose out on high paying jobs due to employers not being flexible on working remotely.

This is not the first stupid thing that Joe Hockey has said. Last year he announced that “poor people don’t drive cars“. Wow, what a thing to say. Now he wants everyone to go out and get a higher paying job to allow them to afford a house. Hockey has no idea how the average person lives and these comments show that he clearly has no idea!

Wages have not doubled or come close, although houses in Sydney have doubled in cost and for most they are unaffordable.

“How silly to go for a job such as teaching or nursing. All you school-leavers take note of Joe Hockey’s advice – go for a good-paying job. It’s no use being altruistic; it doesn’t pay. We don’t need caring people here.”

If everyone had high paying jobs there would be no one to work on other jobs that don’t pay a lot of money. For example if all the nurses, teachers and the like decided to work in higher paying positions how would schools and hospitals function? They would not.

Building your new house or the second one. Hopefully it will not break the bank.

Or maybe our thinking here is flawed. We should just pay everyone more money! Thats it! Increase everyone’s salary across the board and then all is good.

Once your salary has been increased then you can buy the Sydney house and all is good in the world. Right? You can all thank Joe Hockey if this happens. Maybe we need to have a vote in parliament to make this actually happen. I would vote for it, would you?

I must admit that hubby and I were lucky when we purchased our house. However we did not buy in the city due to the costs then. Now they are just extreme to shocking! We purchased our house in the Blue Mountains in 2002. We sacrificed a cheaper cost of house for travel into the city for work. On a train it takes 2 hours to just get to central and that is only one way. So over 4 hours of travel and very early mornings (I had to get up at 5am to be at work for 8.30-9.00am)  was what  I did, and hubby still does. We were happy to do this to get started on the property ladder.

We have some equity in our house and plan to eventually build a bigger house for our family. However we don’t want to spend a fortune on the house and due to this we are limited on what we can do. The new house will have to be done in stages although I hate that idea as I would like it all done at one time.

For us we sacrificed living away from the city to get our chance to own our own home. I know this is not for everyone but it helped us. However Joe Hockey would be in for a rude shock, there are many people here that are not rich and drive cars. Being in the Blue Mountains having your own transport is essential.

Here is a list of how you can get into your first home sooner. It is not a serious list it is a funny look at ways according to Joe Hockey we can all be in our North Shore mansion.

Are you saving to get your first house or apartment? Or are you upgrading for family reasons? Are you finding it difficult to get what you due to cost?

What are your thoughts of Joe Hockey’s great idea to just get a higher paying job? Do you think it is that easy? I don’t, not really for everyone.

Send in your comments and let us know how you feel.

Bring the Joy of The Easter Show Home