Having kids play a game rather than watch television or the iPad is a win in my book.

One game that my kids have been trying out is Woofy Whoops by Worlds Apart. 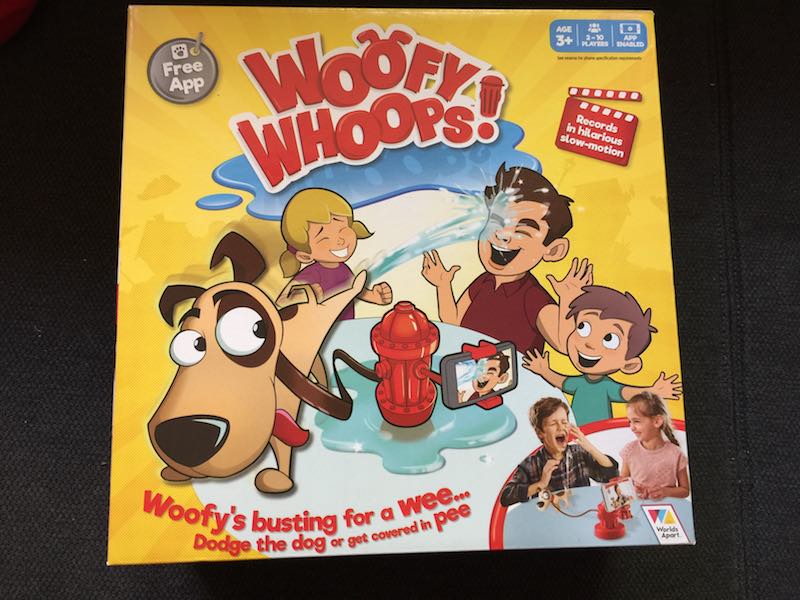 What is Woofy Whoops?

Woofy Whoops is a dog who desperately needs to go to the toilet.

Each player takes turns spinning Woofy around and whoever he lands on has to pat him according to how many times he barks.  You might need to pat him once, twice or maybe more.

You need to be careful as the last pat might mean you are the one that gets wee’d on. Thank goodness it is really only water (just pretend)

How to play Woofy Whoops.

I was not sure about the idea of a game that has a dog wee on you but thought we would give it a go. The twins love the game and so did their mates that came over during the school holidays.

All the kids were giggling and wondering when or if they would be the one to get wee’d on…. yes it was funny to watch.

Isn’t it always the way… kids like something that is naughty. 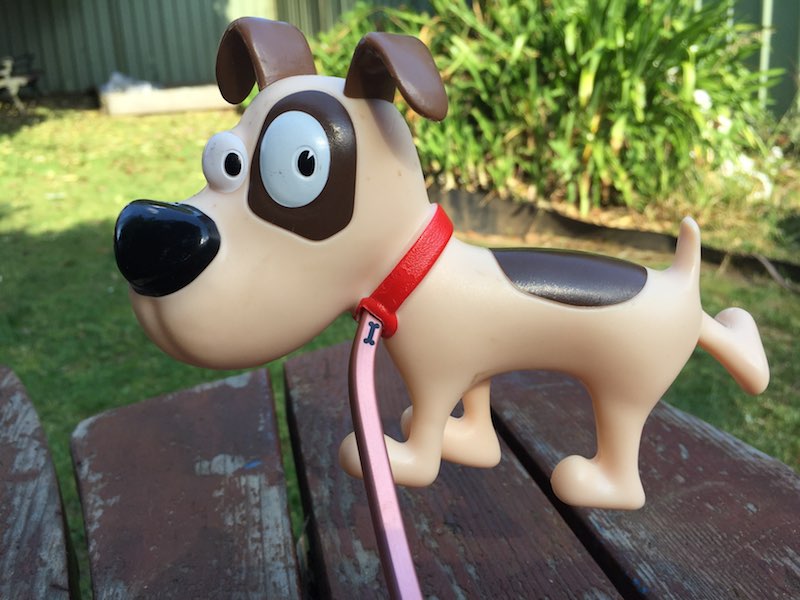 Woofy Whopps looks innocent, but he might wee on you so be careful!

The game works with an iPhone or Android phones. Plug in for the kids to hear the sound.

With the app, you are able to record and save video of when Woofy Whoops does actually pee on a player. The faces are priceless when this happens.

When the game replays a video of a player it is called a “wee play.” 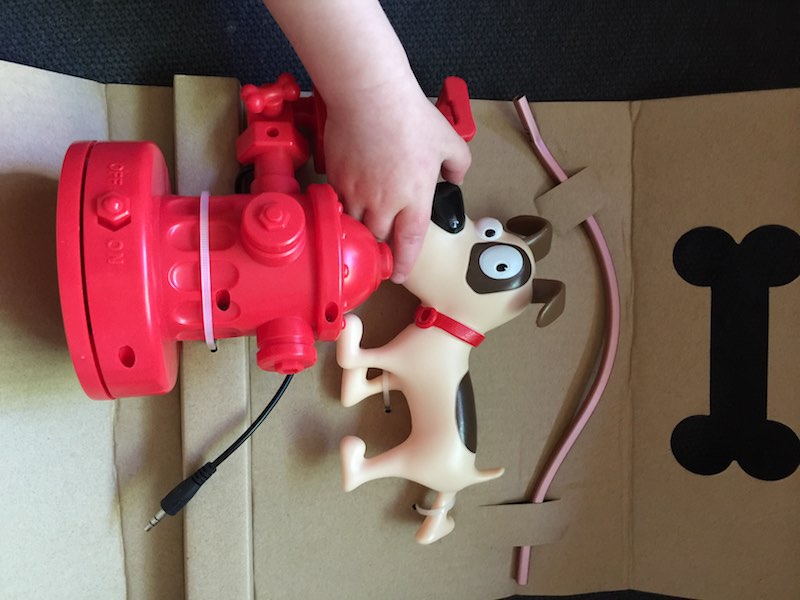 Alexander wanted to play as well.

Features of the Game

Personally I was not sure about the game. I was worried that the kids might see that dogs weeing on them is a good thing. They both know that this is just pretending and of course would not want this to happen in real life.

I was willing to test this game out and have realised that the kids actually enjoy it and love playing it with friends.

Having warmer weather is a help with this game as well since you get wet in the process.

Woofy Whoops can be played indoors and outside as well. Due to space constraints at my house and making sure there was no water everywhere we set it up in the garden. (Music is over the video of the girls due to so many cicadas chirping and making it hard to hear anything)

If you wish to get the kids something different for Christmas this game is something to think about.

Thanks to Childsmart, Australia’s leading distributors of quality kid’s toys, nursery and lifestyle products for sending me Woofy Whoops by Worlds Apart to test out. The kids had a blast and cannot wait to test out other toys.