One of the girls got a worm farm for their birthday and the other an ant farm. Last Friday we started to set up the worm farm. The kids were very excited to do this earlier, however we needed one essential ingredient. WORMS! And I had none! Luckily I went to my Nana (the girls GG) and Aunty’s for lunch last Thursday, they had worms from the compost so we took some home with us. I hope the worms like the fact that they are now in the mountains. 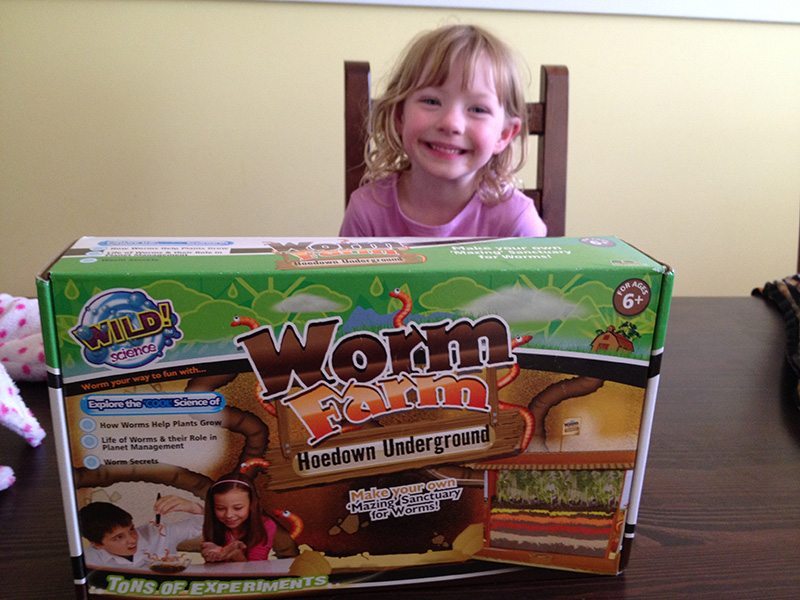 Worm Farm ready to set up

I got the dirt from our backyard and found a few extra worms also, so that was a bonus. One worm that we got from my aunty was huge and the girls have called him “The King” 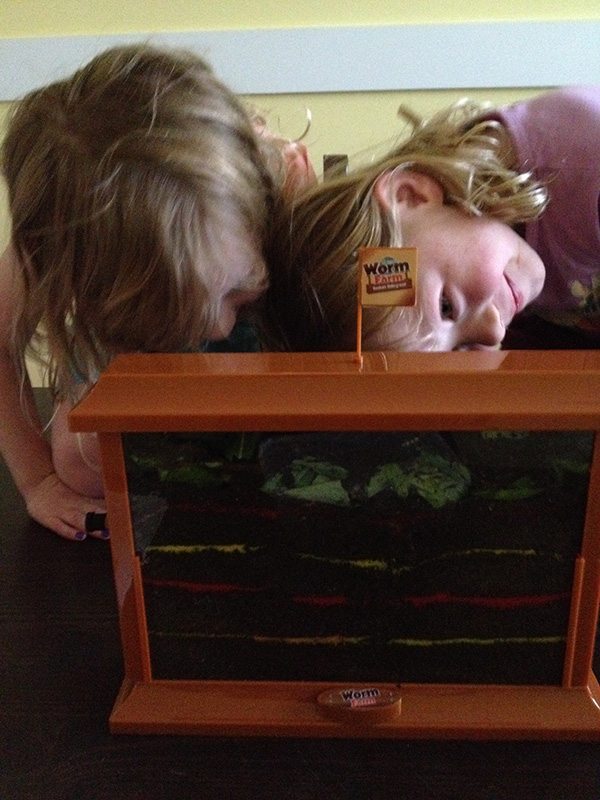 I followed the instructions for the worm kit however I left one thing out. The privacy screens. Who knew worms needed privacy? The reason the kit has it is you can take off the plastic edges of the farm to see what the worms are doing. Without the screens the worms get a lot of light that they don’t like. If they had the screens they would be spared the annoyance of having the light shone in their faces. I just now have images of worms not wanting to be next to each other and are upset that I left off the privacy screens.  I realised too late and the only way to fix it was to take all the dirt and worms out of the kit and start again.

So sorry worms, no privacy. You will just have to get along with your neighbours.

You might have noticed the yellow and red dirt or sand. It is so that when the worms build their tunnels you can see where they have gone. Easier to see if it is a different colour than just black dirt.

Make sure you wash your hands and any surfaces that you used to help create the worm farm. 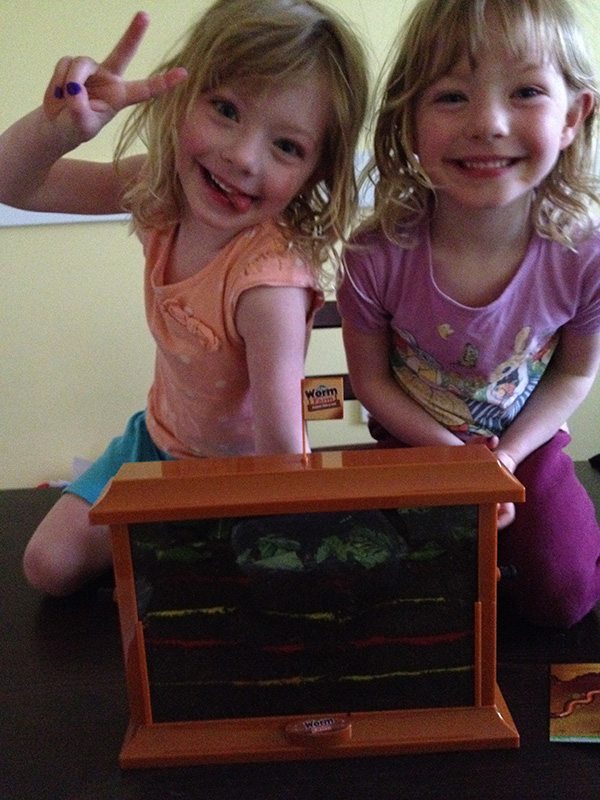 One thing that was said after I completed the worm farm with the twins, “Thanks mummy we now have worms as pets!”

Gosh if the kids are happy with worms as pets, wait till they get a cat when they are a bit older. We are hoping to have a kitten for the kids when we have our new house. Maybe while we wait we could get the girls fish to look after. This might be a little better than pet worms? What do you think?

The girls are getting more involved in scientific exploration so that is why they got an ant farm and a worm farm. Along with it both kids got a magnifying glass as well, they have used it to investigate the garden and all that is miniature that needs to be explored.

Have you set up a worm farm with your kids? How did it go? Were they fascinated? Let us know.

Now I need to find a whole bunch of ants for the ant farm. Send suggestions on how to collect some please! I have had a few so far but have not put it into action.