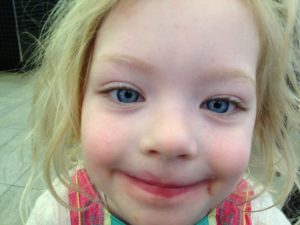 Julia at home with mummy

Today, Julia is not well and home from school. Lillian at first was hysterical and wanted to stay home with mummy and Julia. I was saying to Lilly that she was well enough to go to school and it would be nice for Julia to have time with mummy on her own while she is not well. This as you can imagine was not met well.

SO I explained that Lillian would not be on her own, that she would be with all her friends. After waiting for ages, she then asked if she was going to school. I told her that I thought she wanted to stay home, and told her that she should go to school as she was well. She told me she wanted to go. So I worked with the change of attitude and got her dressed, bag packed and off we went to drop Lilly at school.

Another win on the independence of the girls. Now they are wanting to go to school when the other cannot go! Yippee!

Did your twins or multiples have issues going to school on their own? When did it happen for them. Maybe four and half years of age is the right time for this to be happening.