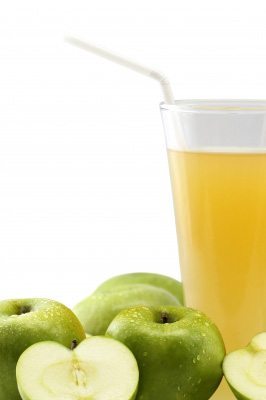 I want apple juice! Image courtesy of Naypong at FreeDigitalPhotos.net

You have to watch how you say things to kids as they take everything literally. When the twins were very young hubby used to say “Catch” and he would throw something to me, I then would catch it. The girls thought that this was the way you caught things. They would yell catch and throw something, very cute but also wrong. They now know that this is not the way you catch things and in fact it was throwing rather than catching that we were doing. The better way to have said it was “Throw!”

So be careful what you say or how you say things.

When we went to stay with the girls great aunts due to the concern over the bushfires there was an incident. Not a major incident but it depends who you were. Julia my 5 year old might tell you otherwise. We were all at the shops getting things for dinner that evening. Julia told her great aunt she wanted apple juice and she picked up a no named brand and proudly tried to put it in the trolley. Her great aunt then said that she preferred another brand and thought it tasted better. She told Julia that Berri is better, so she proceeded to put Berri Apple juice in the trolley.

Julia was hysterical and was crying and uncontrollable. She was yelling and screaming that her great aunt is not buying her apple juice and she is getting berry instead! “I DON’T WANT BERRY! I WANT APPLE!” Julia screamed!

I then took her, cuddled her and went to the trolley. We got the bottle of juice out and showed and told her that Berri was the company/people that made the juice and it was apple and not berry juice. She still was not sure and did not believe her great aunt. We showed the pictures of apples on the bottle and told her again and again that it was indeed apple juice.

This is now known as the apple incident and it is a prime example of be careful how you say things to young kids, they take what you say and exactly what you say. Julia’s great aunt said, the berri one is better. All Julia heard was we were getting berry juice not apple. Maybe next time she should say, “This apple juice is better than the other” No need to mention berry or a brand name, it confuses kids. They have no idea at this stage.

It ended up all being o.k and Julia enjoyed her apple juice and was very pleased it was not berry! Have you had an issue with what you have said or someone else have said? Let us know.