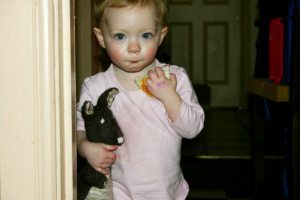 New Year’s Eve Julia asked a very good question, “How was I made?” This question was in the car while we were driving back from the girls Grandma and Granddad as they live in Coffs Harbour. What do you say to a kid while in the car? So I started explaining that there was an egg and then it gets met with sperm and the cells change and change to create a person. Then after 9 months a baby is born. I did not know what to say and thought the best answer was the truth but simplified.

You might think that this was the only difficult question, well you would be wrong. The next question posed by Julia was, “How was my skin made?” Well, o.k. I then explained that all the cells that make you you can form different things like eyes, hair, legs and so on. Some of the cells form your skin. Not sure if she thought this answer was adequate enough but we heard no more about it.

We do have an amazing BBC documentary about how we are created at birth and it is filmed from inside the body, it shows how the baby changes and the development. Hubby and I thought about showing part of this to her but not sure if she would be scared and think it was a bit freaky.

Have you had the “How was I made question?” What was your response? Did your child accept your answer or think it was make believe. Have you added to the answer by watching a video on the subject? Did this help or hinder? I would be interested to know.

Note: I did think at 4 it was not a question that we would be asked. Maybe this is normal to be thinking of these things, trying to make sense out of the world and understand. However thought this question would come later not at 4 years of age. It could be sign of clever thinking, I am not sure.