The girls have been asking to get their ears pierced for ages now. I have been quite worried how they would handle it. Would they be fine? Would they freak out? Would there be screams and crying? Would they hate it and want them out soon after? I did not know.

I have my ears pierced and had mine done when I was about the kids age. My mum took my sister and I to get them done after we had been asking for a while. My dad of course was furious when he found out that we had our ears pierced and wanted us to be older to get it done or maybe he rather wished we had not done it in the first place.

Yesterday I picked the kids up the early due to them being in a choir school performance. After I got the kids I had to go to the chemist to pick some things up. While we were there, one kid told me she really wanted to get her ears done. I checked if she was sure and if she was I was happy to have them done. I asked her sister and she seemed a bit reluctant but would like to do it as well. I did explain that it does hurt a little but it does not last. I was trying to not cover the truth and to let them know that it does get better.

We inquired at the chemist about getting the kids ears done and had to come back as the lady who did the piercing was at lunch. We busied ourselves and then came back to have them done. The child that was most insistent wanted to be first. She was very happy and got the dots on her ears to mark where the earrings will go.

She was fine until the first ear got pierced and then she was very upset. I felt terrible. I hugged and kissed her. I told her she was very brave and there is just one more ear to do and all done. She was not happy and told me that it hurt and it was not like getting a bindi (the lady that was doing the piercing said it would be just like getting a bindi). I told her it does not last and will get better very soon. She calmed down a bit, I held her hand and she got the other ear done. More crying, cuddles and kisses and she was fine. Her ears got a spray of the antiseptic mixture and soon was well. She looked upset, but after about 5-10mins she was all good. 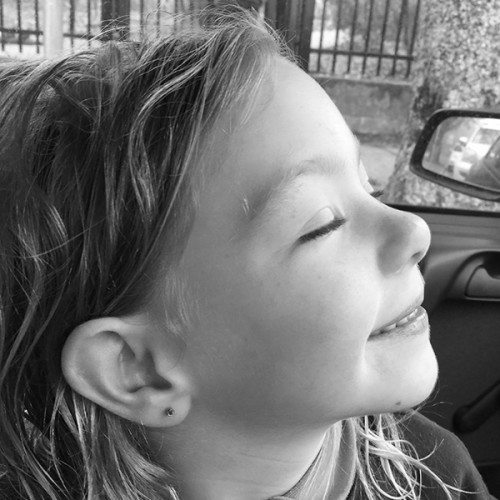 This girl is very happy she got her ears pierced yesterday. She loves them, and cannot stop checking them out in the mirror.

Now it was her sister’s turn. It was bad that she was all ready to go and had to see her sister cry and get upset. Although she dealt with it okay it scared my other little girl. She really wanted to get earrings yesterday but she was very upset and scared so I left it. She can do it later if she wishes. She wants to wear all the pretty earrings but is not sure about the ears being pierced. Poor little thing kept on saying, “I want my ears done” and then I said are you ready and told her to be still, she then said amoungst tears, “I don’t know!” I did not want her to be traumatised by it, and she needs to be okay with it when she is ready.

So now one kid has pierced ears and the other does not. I don’t think it will be long for the one that doesn’t have them done to want to go again. I am leaving it for her to decide and not pressuring her. I made sure she knew all was okay and it did not matter.

The child that has her ears done feels very grown up with her sparkly earrings and cannot stop looking at herself in the mirror. She is very proud of herself and they are not hurting much at all now. I have taken the edge off with some Nurofen, I think that has made things easier. She is making sure she sprays her ears morning and evening so it is good to see her be very responsible in looking after her newly pierced ears.

Sick of Being Sick!

Blogging for Good not Evil