Thanks to Queensland Tourism the family and I were lucky enough to get tickets to Dreamworld. It was so nice that they extended their hospitality to the bloggers who came to Problogger and the Gold Coast this year. 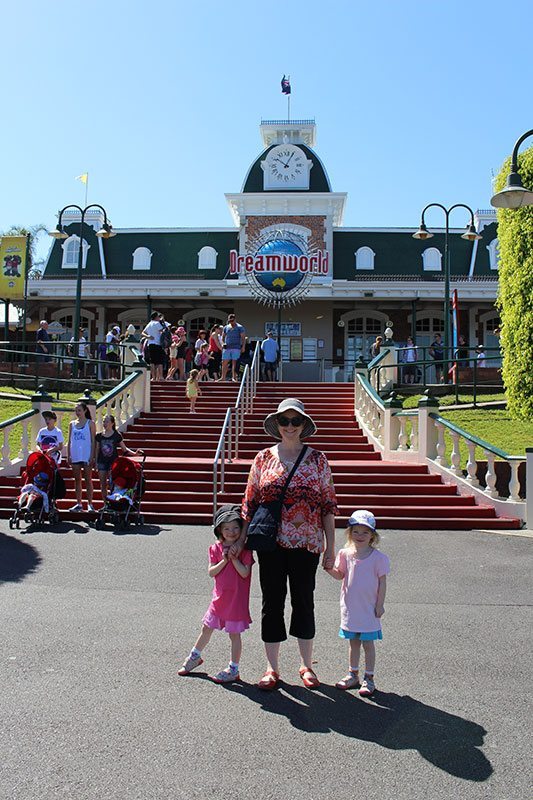 The girls and I at Dreamworld

We arrived a couple of days early for the problogger conference, I wanted to spend time with the hubby and kids before I was surrounded by presentations, talks and just wonderful information to absorb.

So what would we do the day before the conference? A day exploring Dreamworld was perfect. The twins were super excited and had no idea what the surprise was. Once we arrived at the park they were very happy and looking forward to the surprises that awaited behind the gates. 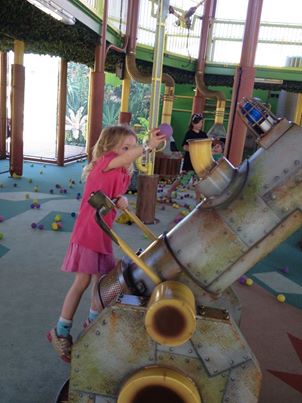 It was a nice hot, sunny and great day for being out and about. We were very lucky that the weather was good and behaved for us.

So what did we get up to at Dreamworld? At first we did the normal things, got a map, looked at what shows that might appeal to the twins.

We started at Dreamworks experience and went to all other areas that are appropriate for kids. The girls played in the water garden in front of the Kung Fu Panda’s statue.  The girls loved MAD Jungle Jam they had a fun time trying to hit mummy and daddy with the balls in the machines.

Hubby went on Tower of Terror II, and he loved it! I don’t like such scary rides, and was grateful that I had to mind the twins while he went on the ride. If you like the big thrill rides, there are plenty to go on.

We did go on a couple of family rides with the kids and everyone enjoyed them and wanted to go on it again. So that is a good sign! The issue we had was that the girls are not yet 110cm and most kid rides you have to be this height.

The two rides that we did as a family were, the Thunder River Rapids Ride and Rocky Hollow Log Ride. While on the Rocky Hollow Log Ride, we saw a triceratops growling. The girls were a bit worried about it. I did explain that we are far away from the dinosaur so all good. We were safe.

However seeing a dinosaur reminded me of an episode of Peppa Pig. The episode was the one where the family visit the theme park called, “Potato City”, Edmond Elephant pointed out that there should not be dinosaurs living in the same period as they did not exist when the other creatures were living. He then trumpets and announces he is a clever clogs.

We had an excellent day out and the twins were so tired after a long fun filled day. Thanks so much to Queensland Tourism for allowing us to visit the park while we were on the Gold Coast.

If you are visiting the Gold Coast, why not visit Dreamworld, it is a good family day out.

Have you had a blast at Dreamworld or at the Gold Coast? What did you get up to? Send in your comments.

Today You Are Five