Last week we had the best adventure. We were invited to Sydney Aquarium before it opened to see their new exhibit: “Jurassic Seas”. This new exhibit showcases animals that have outlasted the dinosaurs.

The kids, my mum and I had to be at the aquarium for 8.30am, yes that is super early when you live in the Blue Mountains.  Although it was a very early day it was a highlight of the school holidays and the kids and I as well as my mum were looking forward to our adventures.

Kids and adults alike can learn about evolution and find out about lungfish, mudskippers, and much more.

One creature that the kids and I had never seen before was the nautilus. This creature has been around for 500 million years. Yes it is that old. We were extremely lucky to see the nautilus get fed as the staff at the aquarium do this before the centre opens.
See the feeding of the nautilus below:

You can see the nautilus a bit better in the video below: The nautilus does not like lights or noise so therefore it is best to feed it before the place gets too noisy and also with many people with their smart phones.

You can even feed the deadly Plesiosaurus using the aquariums state of the art technology based game.

The kids had a great time at the Jurassic Seas exhibit and we then went to explore the rest of the aquarium. 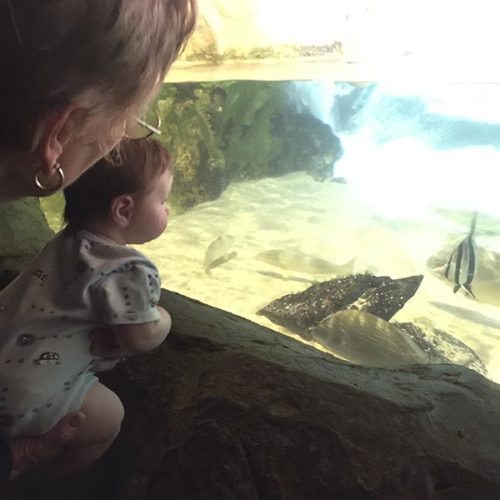 Nana and Alexander checking out the penguins 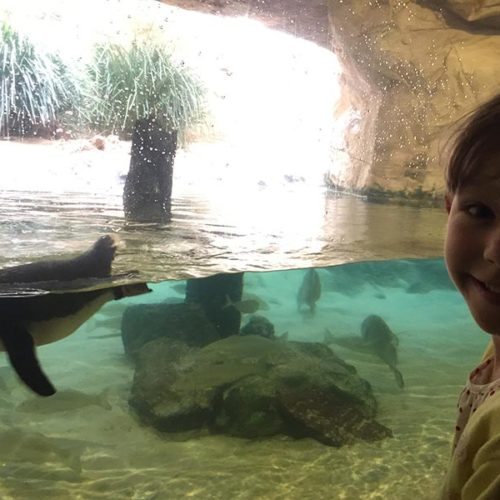 Lillian looking at the penguins 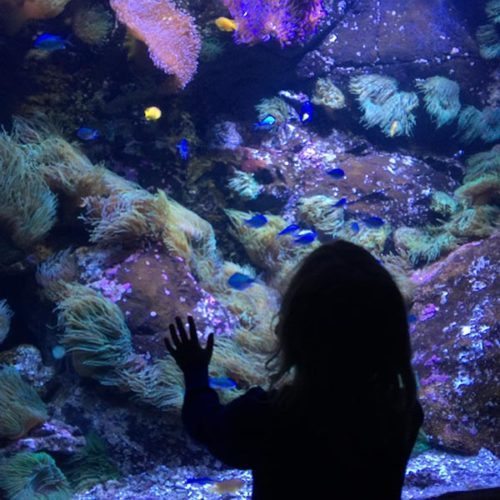 Amazed at such bright and colourful fish 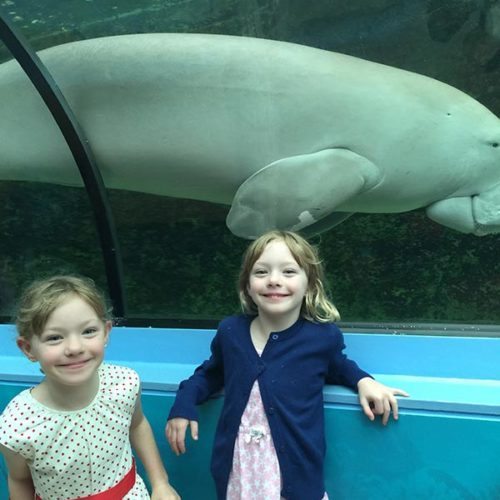 One of the dugongs at Sydney Aquarium 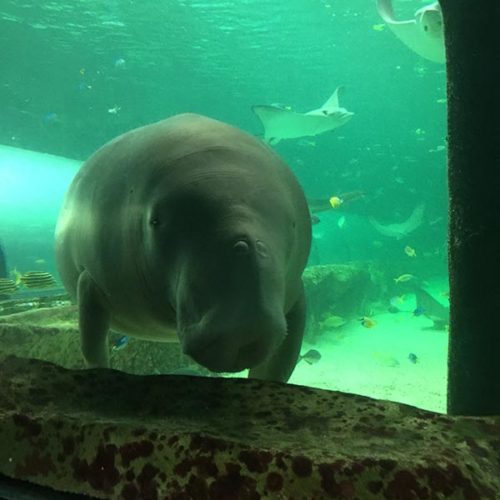 The dugong came up for a close up 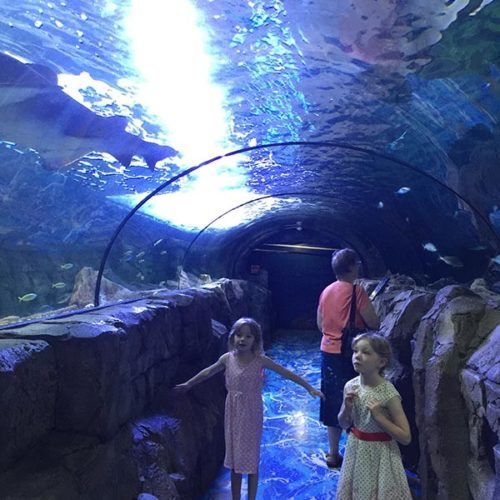 The girls and Nana on the Shark Walk 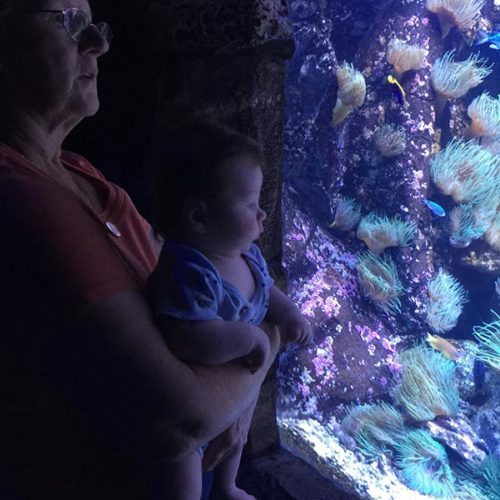 Alexander and Nana looking at the bright and colourful fish 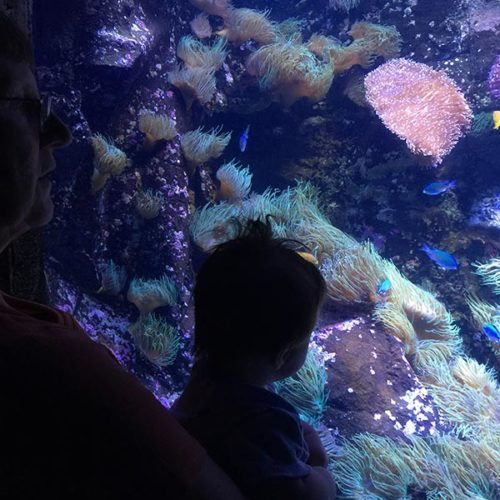 Alexander was amazed. Not sure how much he took in and mind you he is only three months old but he seemed interested.

The girls were lucky to be able to feed some fish before the aquarium opened for business:

One of the favourite things to do at the aquarium was the “Art Aquarium”. At first I dismissed the kids wanting to colour in the print outs. I told them we can colour in at home, I was thinking that we had so much to see and do at the aquarium that coloring in worksheets might be a waste if we missed out on seeing some interesting creatures. 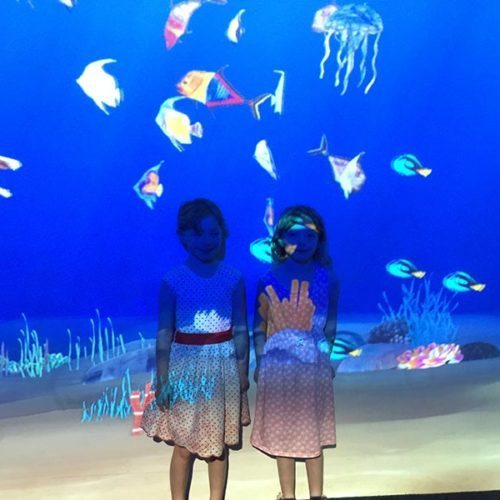 Amazed by the Art Aquarium

I did see the video wall with the fish and creatures but did not put it all together. 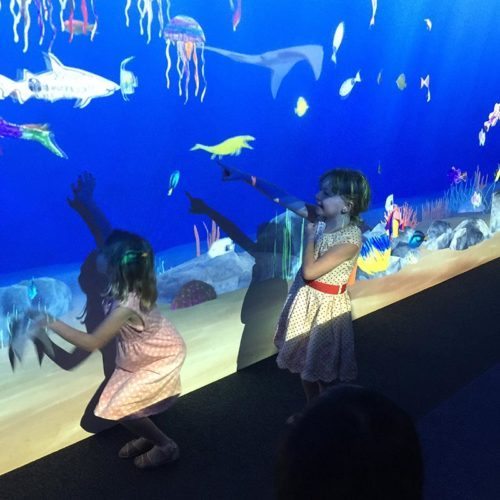 Checking out our art

The twins were telling me that they wanted to draw so that it could go on the wall.

Gosh….. what???? I took another look and then realised that the fish were coloured in by kids. They had names and you could see that they were scribbled with crayons and the like. How amazing and clever.

It was a brilliant and fabulous interactive exhibit that really got the kids involved. Once we figured out that there was more than just simple colouring in the girls got their creations happening, scanned in and we saw their creatures come to life on the art aquarium wall. 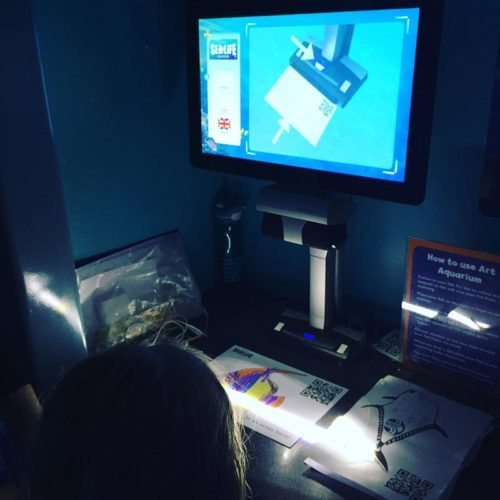 Once you have coloured in your work of art, you then scan it in so it will show up on the video wall.

The new activity is available daily and is included in aquarium admission, so if you are going to the aquarium this is a must do! You will all have a blast with this activity. Trust me, we stayed here for quite a while.

The girls also had fun at the Discovery Rockpool, this is an area that allows kids and adults to touch and to learn more about the creatures. The girls patted starfish and a sea cucumber, they also got to hold a shark egg. 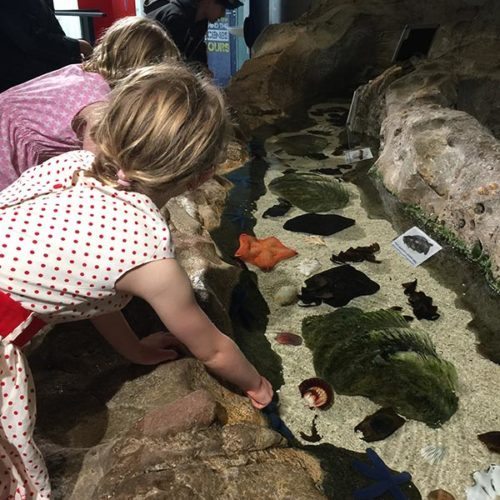 The girls having fun at the discovery rockpool at the aquarium 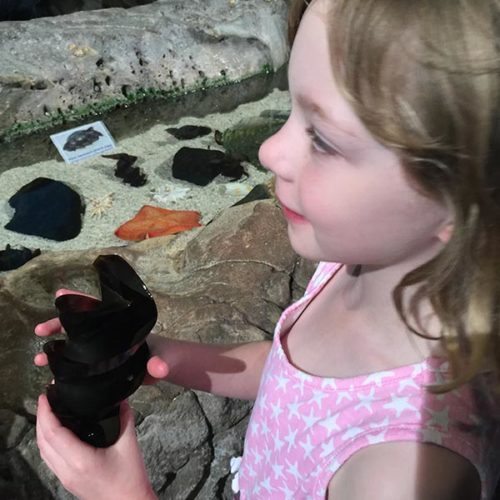 Julia holds a shark egg. I had no idea that it was like this. It feels like hard sea weed and it is formed like a spiral that allows the shark to have it slide into the sand easily.

Would you love to take the kids to the Aquarium for the holidays or just for the weekend? Well find out all the great deals for tickets here

THANKS: We all had a blast at the aquarium and would like to thank those that made it possible. Thanks so much for our invite and the lovely walk around before the aquarium opened. It was amazing and made us feel very special indeed. 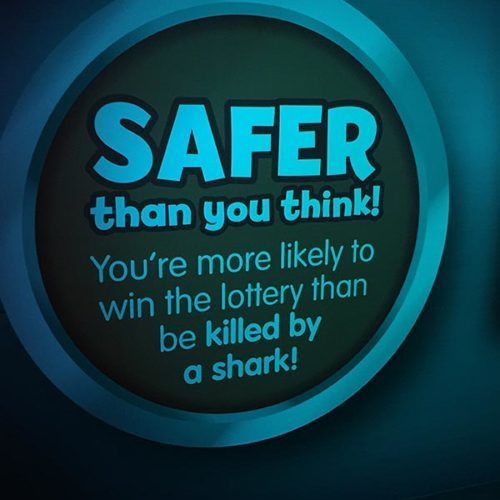 I just now need to win the lottery. Bring it on!

Since it is a big drive and kids get a bit stir crazy in the car for a few hours I like to give the kids time to run around and get some of their energy out before our huge drive home. We love to go to the Darling Harbour Playground, the twins love it and they have a fabulous time in the water park area, climbing, playing on the huge slide, getting dirty in the huge sandpit and much more. It is an amazing space. Just make sure you pack some towels, a change of clothes as kids get wet and of course dirty while having some serious fun at this playground. 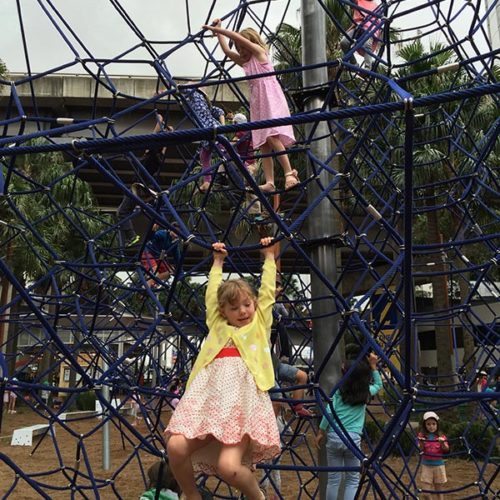 Climbing and having fun 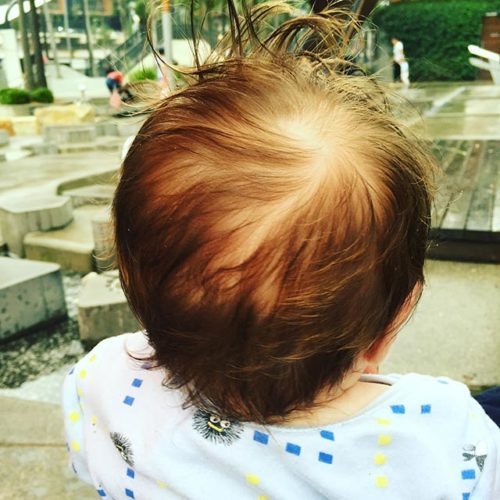 Watching my big sisters have fun at the playground 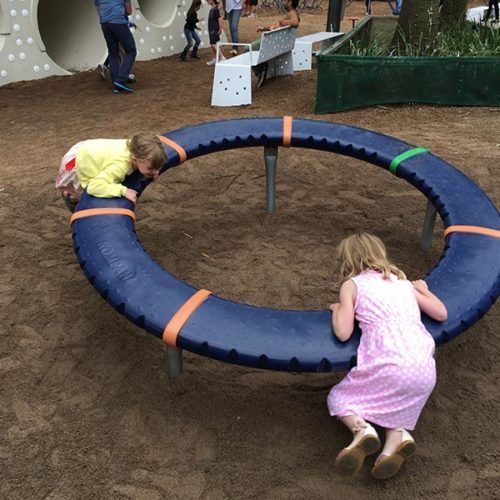 We are going to get dizzy on this 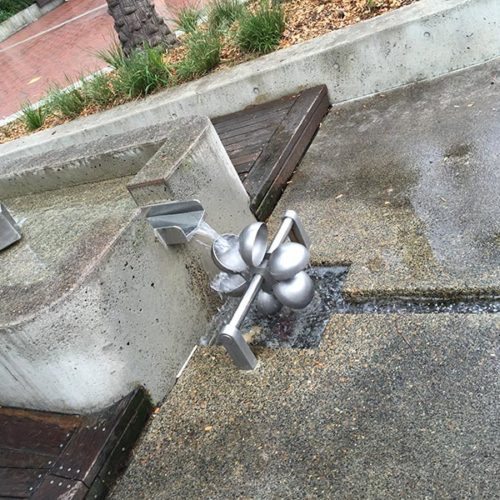 All the different things that make water move, stop or go through are amazing. 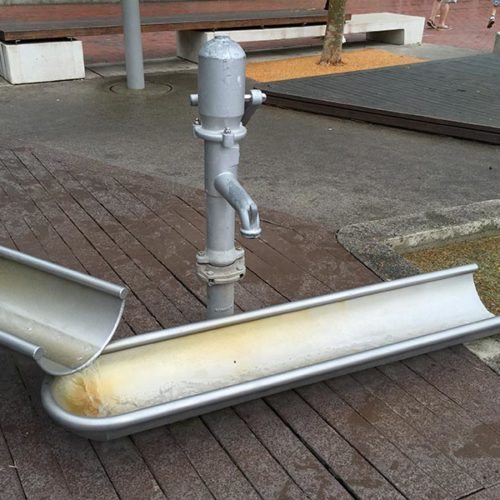 Have you had a great time at the aquarium? Did you also have fun at the Darling Harbour Playground. Let us know.

Hope you are all having a fun time these school holidays. If you have not gotten to the city to have fun like we have maybe you can make a weekend of it or do it next school holidays.