The show ‘Only Murders in the Building’ reminds me of Alfred Hitchcock’s ‘Rear Window’. The show looks into other people’s apartments and bit by bit you learn more about their lives. As a viewer, you get involved, invested, and need to find out what will happen next. The art deco animation for the intro titles is also reminiscent of old films, well I think it is.

Learn about the Art of the Arconia

What are Only Murders in the Building about?

“Only Murders in the Building is an American mystery-comedy streaming television series created by Steve Martin and John Hoffman. The ten-episode first season premiered on Hulu on August 31, 2021. The plot follows three strangers played by Steve Martin, Martin Short, and Selena Gomez, who share an obsession with a true-crime podcast. After a suspicious death in their affluent Upper West Side apartment building, the Arconia, the three neighbors decide to start their own podcast about their investigation of the death, which the police ruled a suicide.” Wikipedia.

I loved the show and have been waiting eagerly for season 2. It is so cleverly written, acted, and a well-cast show. A joy to watch!

Have you ever thought there might be secret things hidden in the opening titles? If you have, well you were right. Brian Cronin from Pop Culture References has a complete list of all of the opening titles Easter Eggs from Only Murders in the Building Season 1. 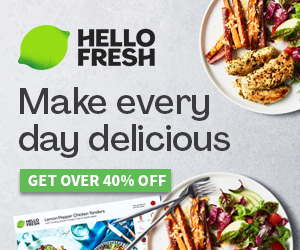 Oliver, who is played by Martin Short exclusively eats dips. “I haven’t had a real entree in years,” he proudly shares. “It’s all containers and fingers.”

While Oliver (Martin Short), Mabel (Selena Gomez), and Charles (Steve Martin) attended the body corporate meeting to discuss the recent murder and there were a bunch of dips for the residents. Oliver decided to take them all as he declared it a meal and why waste it! 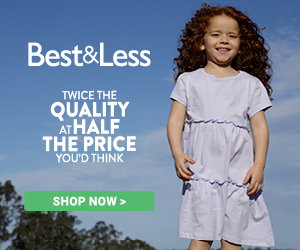 Celebrate Season 2 of Only Murders in the Building while eating dip!

1. In a large bowl, mash avocados and lime juice with a fork or potato masher to desired consistency, leaving some chunks. Stir in green onions, coriander, chilli garlic paste, soy sauce, and salt.

2. Garnish with sesame seeds and serve immediately with tortilla chips or crackers. You can make it ahead. Make sure to place plastic wrap directly on top of the guacamole to prevent browning and refrigerate.

Step 1: Cut up beetroot and cook in a pot with a little water over medium heat. Cook till soft. Cool down the beetroot before starting step 2.

Step 2: In a food processor, place chickpeas and cooked beetroot and process for one minute or until smooth. Add garlic, lemon juice, cumin powder, salt and process adding water to thin the mixture out.

Step 3: Refrigerate or enjoy immediately. The dip should last for a week in an airtight container.

Step 1: Preheat the oven to 180°C.
Step 2: Cut the eggplant in half and place it on a baking tray, cut side up. Bake in the oven until the eggplant is brown and soft.
Step 3: Remove from the oven and allow to cool for five minutes before peeling back the skin of the eggplant from the soft flesh. (Don’t wait too long to peel off the skin or else it will be stuck).
Step 4: Purée all ingredients in a food processor for 60 seconds before drizzling in the olive oil. You’ll need to add the olive oil slowly and add just enough to bring all the ingredients together into a thick paste. Season with salt and pepper and blitz again.
Step 5: Serve with bread or crackers.

Step 1: Preheat the oven to 200°C. Line a baking tray with non-stick baking paper. Bake for around 30-35 minutes, until the pumpkin is soft. Set aside for around 20 minutes to cool down before you start the next step.
Step 2: Process the pumpkin, chickpeas, garlic and cumin in a food processor until almost smooth. Add the lemon juice and process until well combined.
Step 3: With the motor running, add the oil in a thin steady stream until smooth. Once done, transfer the hummus to a bowl. Sprinkle with parsley and serve with crackers or bread.

Enjoy the dips while you watch the new season of Only Murders in the Building.