And of course balls.

Why are boys obsessed with the above?

I have not pushed any toy on any of my kids at all and found it fascinating to what toys they gravitate.

The girls had cars, trucks, and balls but did not love them as much as our little boy does. It is a new level of love for things really.

You play with what you are interested in and what you like doing. Girls like playing with trucks and balls just as much as little boys do, some girls might not, but that is not to say that some boys would love to play chef or say tuck in their dolls to bed each night.

My little boy loves his teddies, he likes some dolls, he pushes around the pram the twins had as toddlers and also likes to play tea party.

However, he is mental and crazily obsessed with cars, trucks, trains, and balls. Yep, we cannot go to a shop and pass by the sports section or toys without this kid getting angry about wanting yet another ball. Honestly, if I purchased a ball every time I went to the shops the house would be overflowing. 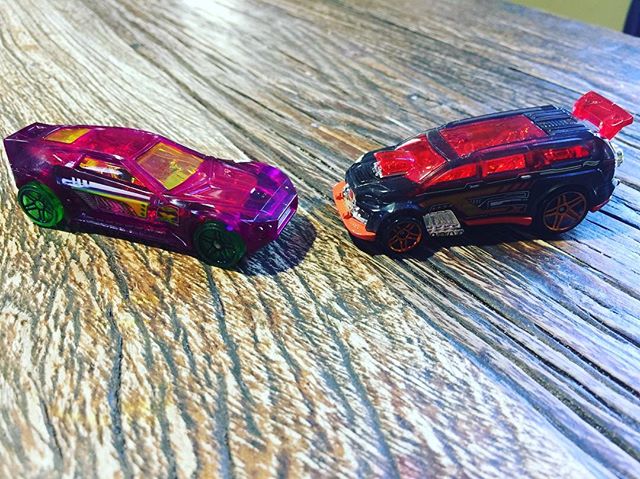 Matchbox cars for Alexander. He loves them and carries them everywhere.

The other day I stood on the corner of the school and main road and watched trucks and cars go by with Alexander. He was so happy and excited. We looked and he ooohed and ahhhed about everything all the while pointing. He even laughed and giggled to the delight of many truck driver.

While we were truck and car spotting some kind truckies waved to us and a few even put on their lights and honked their horns. A full on show for my little boy.

We stood there for well over 20 minutes and he loved every minute of it. One driver could not contain himself when Alexander got too excited over one particular truck. Alexander was pointing and saying oohhh oohhhh ohhhh and jumping up and down while I was holding him. This made the driver laugh and I think we made his day.

As I have only had girls and this is our first boy I am not sure where this fascination with trucks and cars and of course balls comes from. Alexander has been interested in soccer and can dribble a ball on his own from when he was starting to walk, now it is much better as he is running around like a kid with a mission now.

Having fun with the soccer ball #soccer #toddler #obsessed

I have spoken to other mums of boys and they all say the same thing. All their boys love cars, trucks, trains, balls and of course anything with wheels. I’ve looked this obsession and interest up online. It seems to be all down to hormones. Boys with more testosterone seem to be more taken with cars and trucks and the same for girls who have more of this hormone. Again, it is also down to personality and what your child likes to do.

When Alexander was still crawling he would go after any pram and just try and spin the wheels. He was amazed at the whole thing, he had to spin it, had to be near it or maybe part of it. I had no idea?

It was a bit weird when it was someone else’s pram but many said they understood as they had a boy who was doing the same thing. Oh… Okay…. glad it is not weird.

The girls are not into trucks or cars. Although they love playing with them. I still make sure to purchase things that will foster their development. I am conscious that girls are not doing or continuing with STEM (Science, Technology, Engineering, and Maths) subjects. With this in mind, I make sure to showcase women and girls that are doing well in these fields and to also get toys that foster skills in these areas.

As I said earlier, I make sure to give all my children many different toys to play with that is not based on gender. I find this sad that we discriminate on toys due to sex. Colours for kids is another thing that gets me annoyed. Why can’t boys have hot pink, reds and purples too! I suppose this is another post in the whole idea of boys clothing that is not as bright and colourful as girls. I do have plans to make my own with some fun fabrics for my little boy, oh and also for the twins. 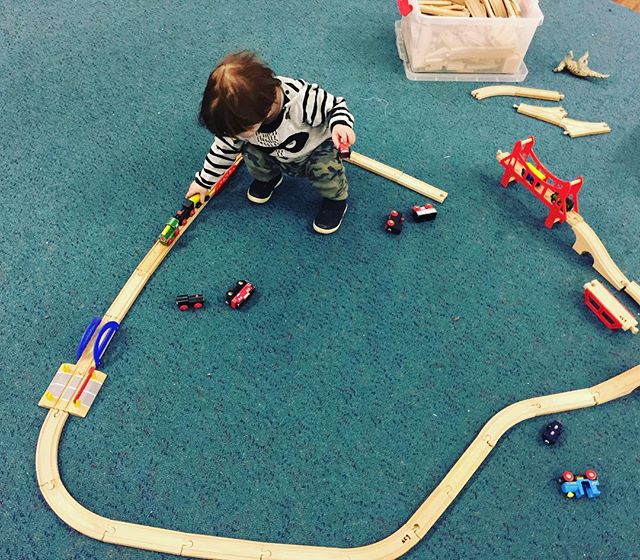 Trains are another huge favourite. Alexander loves putting as many trucks, trains and cars on the tracks.

If boys have dolls and understand how to care for people and others they are better husbands, fathers, boyfriends and just caring all round. Dolls are not just for girls. It helps both sexes.

I suppose the one thing that amazes me is the fact that the drive for cars, trucks, trains, and balls is inbuilt. My little boy loves them. He thinks they are fun.  He holds my hand to make me sit on the floor with him to play trains and cars.

It is obviously something that is in his personality, maybe it due to gender, maybe it is just what he likes to do? I have no idea.

My little boy cannot tell me at the moment, and if he could I am not sure he would know why either. Basically, he just loves them. He wants to play with what makes him happy and now as a mum to a boy, I’m accommodating his wishes.

I am making sure that I stop on the highway to watch cars and trucks. We stop at railways to see trains and I have purchased many balls, matchbox cars, and a car ramp so that he can have fun at home.

I’ve read online that playing with trains and balls helps with spatial awarness and can also help with your child’s STEM skills in the future. It is interesting that Alex has been into this since the early days but I have made an effort to ensure that all my kids get exposed to all different toys. This I feel helps their development and learning.

Kids are kids and are still learning. Toys help them understand how things work and play is super important.

Play in all forms is good for kids, pretend play, dress ups, getting dirty in the garden, sandpit fun, exploring nature, trains, cars, trucks, balls, tea party and playing musical instruments. It is all fun and helps kids grow.

Trucks and yet more trucks to play with. Alexander loves the choice from Playgroup.

I am still amazed at how inbuilt Alexander’s drive to play with cars, trucks, trains, and balls are. He instantly had to have them. He loves them. It was not directed by me or anyone. He just loves them. It makes him happy and he is even happier when I’m on the floor playing with him and making the sounds of the cars and trains to boot.

Due to having girls and not experiencing anything boy I had no idea. He is a real rough and tumble boy, but is also super sensitive too. He loves cuddles and his teddies.

Do you have a boy? If you do were you shocked at how instantly they take to cars and trucks? What about trains? Do you find that you cannot leave a train station without watching a few trains come and go? What about watching the traffic go by? I must say watching traffic is a super cheap way to keep your kid entertained.

Do you find that you cannot leave a train station without watching a few trains come and go? What about watching the traffic go by? I must say watching traffic is a super cheap way to keep your kid entertained.

What about watching the traffic go by? I must say watching traffic is a super cheap way to keep your kid entertained.