As you already know I was madly preparing for the kids birthday party. I had also baked cupcakes for school and then did it all again the next day to prepare for the party. Last Thursday and Friday were super busy and I of course did not make it out of the kitchen other than to pick kids up from school and off course drop them off. If you did see me throughout the day I might have had to make a run to the supermarket to pick up some forgotten supplies.

I kept the party simple. Just some snacks, cupcakes and of course the cupcake cake for the birthday. See pictures below of my Lumpy Space Princess Cake, or many cupcakes that create the cake. It is a creative attempt. Kids were happy and the cupcakes turned out very well. They were vanilla lemon cupcakes with butter vanilla icing. 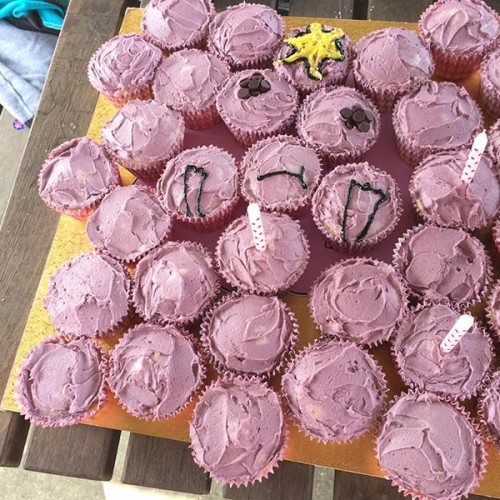 My attempt at making Lumpy Space Princess (LSP). I was not 100% happy with it but the kids loved it. One kid after I showed her what I had done said, that I just needed to do a picture of LSP on a cake like the rainbow one I made last year. Gosh if only I knew that would be okay and I would have done that. 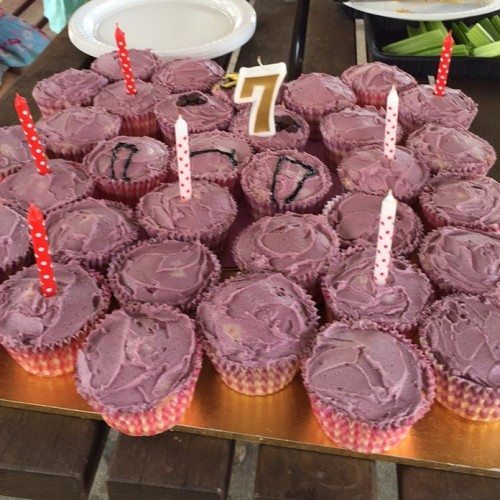 Candles all ready to light for birthday celebrations for the twins.

The weather was good for us and it was very warm, sunny and not a cloud in the sky. Kids ran wild with their mates in the park and were so tired when we arrived home.  Due to having a small house and not much room having the party at the park is ideal for us. Less mess, more space and kids can play in nature.

The crazy chocolate that I made was magically eaten very quickly so I can only think that it was a massive hit. 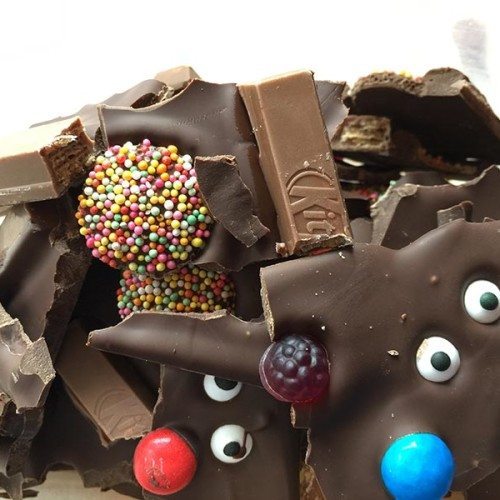 As the twins had their party the day before their actual birthday, we wanted to take them somewhere special to celebrate their actual day. I booked tickets to the Stardust Circus for yesterday and it was the girls first time at the circus. They had a great time. You should have seen their surprised faces when the lions, acrobats, juggler and more did their thing. They were amazed and just so happy that we went. It was pity that I could not take pictures while inside the circus tent as that was prohibited. If I did I would be asked to delete the images, so thought best not to do it at all.

Officially 7 today. On way to see the circus for the first time.

It was a very hot day yesterday at the circus and although still spring it was about 30ºC. We were very smart to have dressed in summer clothes, kids and hubby in shorts and t-shirts and me in a dress. If it is like this now, summer is going to be a hot one.

Other than the circus the big hit of the birthday presents were Beenie Boo’s. One of their mates from school gave them one each and hubby and I got them four to add to their collection. They have liked the other presents but the Beenie Boo’s seem to be this years HUGE hit. Who knew that the little tedddies would over shadow other fab pressies. Have you had this happen to you?

We were all very tired from the whole weekend. Party on Saturday (The party was a hit and all kids and adults and a great time, so that was a good outcome) and then Circus on Sunday. Pity it is not school holidays yet, however after this week the kids will be on holidays and then we can rest.

If you made an odd shaped cake, post the picture on our Facebook Page Did the kids love it?

Did it turn out as you expected. My effort for Lumpy Space Princess was not ideal but it did the job. The one thing that has made the weekend very good here is the weather, it has been warm and just lovely, cannot wait for more of it.

What did I think of EveryPlate