I must be one of the only people that didn’t watch the Oprah’s interview with Meghan and Harry. It is not like I didn’t want to, I was keen and interested, but kids and life got in the way. You can watch the interview on Channel 10 catchup and I will watching this week so that I can see the interview in full.

During the lead up to the interview I have been living through the snippets that Oprah and her team has shared.

#EXCLUSIVE: In this extended first clip from @Oprah‘s interview with Prince Harry and Meghan, The Duchess of Sussex says what it means to be able to speak for herself.

It comes one year after the couple left England and stepped back from full-time royal life.#OprahMeghanHarry pic.twitter.com/o3AdxpmLrh

Personally I think that moving away from England was a bad move, yes I said it. Harry has left his family, his kids cannot see their GG (Great Grandmother AKA the Queen). And yes before you say anything I know that Meghan is in a different country and away from her family and connections too. So either way someone would miss out.

I do think that an arrangement could have happened where both Harry and Meghan step back and only do a few things on behalf of the royal family and then be able to live more of a regular life. However, I am not the one living their lives and after years of negation according to Harry he thought that the only solution was to leave to ensure that they would get better mental health, proper family time and allow both his wife and his kids to grow up not hounded by the press.

Regardless of living in England or America, this couple is rich, famous and known to all. Wherever they go there will be some sort of media circus to get a picture or at the very least meet them in person. It is not like Harry and Meghan have been roughing it. They have purchased a stunning mansion in California. The house has nine bedrooms, sixteen bathrooms and is  on a 7.4-acre compound within a gated community. I do understand having space and making sure that the house you buy for the family is secure. However, when most people leave the family and are cut off financially they don’t buy a $14.7 million house. Mind you, it is not like this couple cannot afford something like this, Meghan has been very successful in her own right with her role on Suits and on other shows, and Harry has some cash as well from his family and other investments (who knows but I can only imagine). If I left my family I would have been in a shoddy apartment or house that is in desperate need of work or god forbid the heating didn’t work.

From what I have seen of Oprah’s interview it shows that the Royal family controlled nearly all facets of your life, who you could speak to, where you would go, where you would stay, and of course what you said to whom. The freedoms that you take for granted and don’t think that much about are things that you would long for and get so frustrated that you cannot just pop down the road, or have a chat with a mate like you once did before joining the royal family.

I know that I have judged, and given my thoughts on this situation. However, no one truly knows what happens behind closed doors. People might show you that they are so wonderful and nice, and when your home with them they turn into the most nasty person. I am not saying the royal family is nasty and I have incredible respect for the Queen and what she has done. However, we will never know what others go through and it is up to them to do what makes them happy.

One snippet I am shocked to hear is that a family member was concerned over the colour of Harry and Meghan’s baby skin before he was born.

Archie is one and will be two on the 6th of May, and personally it doesn’t matter about his skin. The only thing that matters is that he is happy and healthy. I think this is quite shocking in this time and day to be concerned about skin colour, just disgusting!

“Asked whether there were concerns that her child would be “too brown” and that would be a problem, Meghan told Winfrey: “If that is the assumption you are making, that is a pretty safe one.”

Oprah with Meghan and Harry: A Primetime Special airs tonight at 8/7c on @CBS. #OprahMeghanHarry pic.twitter.com/hHFppSFrW8

According to Harry, his Father Charles is not taking his phone calls, his brother William is having little to virtually no contact with him. Meghan also added again that there is no rift with Catherine and she didn’t make her cry at a dress fitting.

Meghan has said that she was so lonely that she thought of suicide. Which is a terrible admission, and very sad.

Life is too short to worry about what others think.

One happy admission was that Meghan is expecting a girl in the Northern Summer. I was hoping she was having a girl, and now the guessing game is on with what Meghan and Harry will call their little girl when she arrives. I am tipping Diana for a favourite name. (this is probably not news)

So if Harry and Meghan want to live in America and feel more at home that is up to them. I just think it is sad that it has cost Harry his title, things that he held dear and also caused chaos to his family. 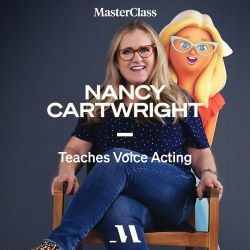 “And let’s not forget the chickens. Part of the interview was taped at the couple’s sprawling home, in their chicken coop, with Meghan revealing their hens are rescue hens. Subsequently, “where to find rescue chickens” was trending on Google.”

I do hope that Meghan and Harry stay together as I feel that a breakup would be horrible on all levels. A broken relationship is sad all around, and it is not just because you are famous and wealthy. If things end badly due to being in a new country and cut off from family it could negatively impact Harry in a bad way. What are your thoughts?

Do you think the monarchy can survive these allegations from the Oprah interview?

I’m now watching the interview on catchup on Channel 10. Did you see it? What did you think? Let me know.

Old Issue Needs to be Fixed

International Day of the Girl Child