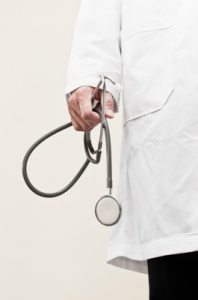 I want to be a specialist Fairy Doctor. Image courtesy of smokedsalmon at FreeDigitalPhotos.net

Yesterday we had our appointment with an ear, nose and throat specialist. This is due to the fact that the twins have constantly had tonsillitis all year, and their tonsils are still large especially Lillian’s. It is not good and can lead to problems, sleeping, breathing and swallowing.

As you can imagine being ill with the same thing all year meant constantly being on antibiotics. Having to have to be on medication all the time makes your body build an immunity to it, and not allow the antibiotics to zap the infection correctly. I think due to having it so many times the medicine does not help us much anymore.

I think the girls need to get their tonsils out and the doctor confirmed this. He believes it is the best way forward and I was grateful that he wants to remove them. Doctors now don’t seem to want to remove tonsils so I was ready for a fight and an argument on this issue. I was taken back that he instantly saw they needed to go. He must think they look terrible and can see issues with the twins keeping them. Or in hindsight need more money? I’m not sure, as the kids tonsils do look terrible!

We were not at the doctors for more than 15mins and then ended up at reception to pay the bill. I was told over the phone that the cost for the consultation was going to be $200 and I will get about $70 back on Medicare. When asked what I owed and expected to hear $200, I was then told $400!

I grumbled all the way to the car and the girls asked why I was so upset. When in the car Julia asked what the issue was. I explained that it was very expensive although it needed to happen. I then explained that this doctor must earn so much per hour. If he charged us $400 for about 10mins or about 15mins and every appointment is $200 that is a great hourly rate! Why did I not become a doctor? It might have something to do with not being great at science, maths and squeamish about blood and things like this.

I felt ambushed on costs especially when I was told it would be $200 and the fact that we did not have a long appointment. Not much happened other than him looking at their nose, throat and ears. He of course asked about things, are they allergic, did they have sore ears and so on.  I am not sure how other ear, nose and throat specialists conduct their practice but it did feel like it was get you out quickly so to see a new patient. Before we had our appointment there was young girl with her father there and they were in his office for less than 10mins. Would that have cost them $200? I think so! I am in the wrong business.

I explained that if Julia and Lillian wanted to be something that specialising is the way to go. They can charge more for their time and knowledge. Julia then announced that she wanted to be a “Fairy Doctor Specialist”. I don’t know if you know but she wants to be everything in the world and of course will be very busy with this job list. However ever since she was about 1 or 2 she has told us she wants to be a Fairy Doctor. This doctor will fly and help fairies get better.

Julia then said it is wrong that the doctor has our money and she needs to get more money! We need to get our money she said. I told her and Lillian that this was the doctors’ fees and some people charge a lot and some don’t. I also explained that we needed to see this doctor to make sure that we got their tonsils looked at and a recommendation for possible surgery.

Although it was expensive it was a needed appointment and I was lucky that we got in a reasonable time. The doctor said that if we go private we can get in next year before kids start Kindy. That would be ideal but I don’t know if we can afford it. I need to look at costs. Maybe it will be the public system, I am not sure. Monday I will ring the doctor’s practice to get more detailed costs so that we can make a decision.

Have you had to organise for your kids or child to get their tonsils removed? I had mine out when I was 3. I was a child that always got ill and was constantly on antibiotics and it is the same for the twins. Now that the process has started I am worried about the whole thing. I know it needs to happen but deciding to book your children into surgery is a worry, I now am worrying about the whole thing.

Do you do this or is it just me? Send in your comments.

Getting Sick is a Constant Battle for Mums